Governor Godwin Obaseki of the Peoples’ Democratic Party, PDP, and Osagie Ize-Iyamu of the All Progressives Congress, APC, have been accused of inducing voters with cash and gifts.

In a report on Friday, the Youth Initiative for Advocacy Growth and Advancement Africa, YIAGA, said the two major candidates in the Edo governorship election have been involved in vote-buying.

She said, “Political parties, especially the APC and PDP, are investing in the distribution of money and gift items as a strategy to swing voters.

Abdullahi also raised the issue of violence being sponsored by political actors in the state. She stated that the incidents of violence were prevalent in 13 of the 18 local government areas of the state.

She urged the Independent National Electoral Commission, INEC, as well as security agencies to ensure that the election is conducted in a peaceful atmosphere.

“These concerns are fueled by the reports of violent arms stockpiling, recruitment of thugs, vandalism, and a surge in cult groups’ activities in battleground LGAs ahead of the election.

“Security agencies must maintain the utmost levels of neutrality and professionalism in enforcing election day security. They must respect the law and citizens constitutional and civic rights and refrain from excessive force,” she added.

Rivers State Governor, Nyesom Wike, yesterday averred that if security agents are able to curb political thugs from playing a role in the Edo governorship election, the APC will be “beaten silly.

Speaking during a live interview on African Independent Television, AIT, Wike, chairman of PDP campaign council on Edo governorship election, said the only hope APC has on winning the election is to “manipulate the process.”

The governor said despite the assurances of Mohammed Adamu, inspector-general of police (IGP), the electorate in Edo should be vigilant of any malpractice.

He urged the Edo people to be peaceful and protect the electoral process.

“The IG has said they will not give room to any thugs, to any miscreants, and it is our prayer that is done. If that is done, APC will be beaten silly in this election. If what IG said is carried out, you will see that APC will not near – the only hope they have is to manipulate the security agencies,” Wike said. 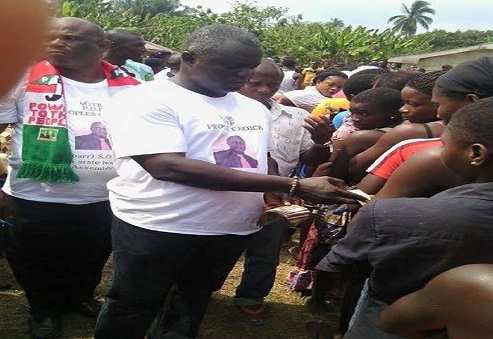 “Remember what happened in my case and if you take the case of Rivers state, it was very clear, and the way I see APC going, the desperation is so much and the only hope APC has today is to use security agents, is to manipulate the process.

“Our own business is to let our people know, if you know the police are [compromised], we will not allow it. We want to believe in them but however, don’t slip, don’t slip, make sure you follow them bumper to bumper.

“Make sure you monitor what is happening. Let one policeman tell you that after they have declared results in this unit, that you cannot as an agent, follow that result to the collation centre. That is not correct.

“In some cases, you see security agents coming to even beat the agents of the opposition party. It is not something that anyone will come and tell me that you have assured me that nothing will happen.”

“Everybody knows, go to Edo, they don’t do publicity. They do their thing quietly. It may be different from ours,” he said.

WATCH below as APC pay voters N10,000 in return for their voters’ card…

See The TEN Most Fashionable Footballers

Iyene - February 18, 2017
0
Hello! I am Mercy Iyene Etim and this is My Blog.
Contact us: info@iyeneunwired.com
© Iyeneunwired.com designed by Digitaldesign247
MORE STORIES

Iyene - December 5, 2019
0
A Lagos Division of the Federal High Court, on Thursday, sentenced a serving senator and ex-governor of Abia State, Orji Kalu, to 12 years...
%d bloggers like this: