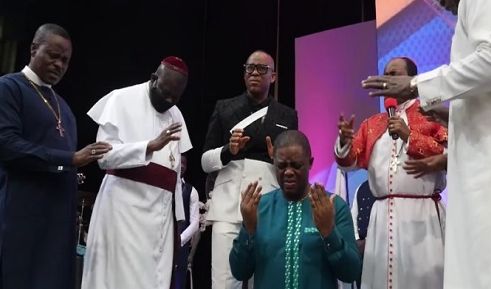 Alex Bamgbola, chairman of the Lagos state chapter of the Christian Association of Nigeria (CAN), says Femi Fani-Kayode, former minister of aviation, will become Nigeria’s president.

Bamgbola made the proclamation while praying for Fani-Kayode during the celebration of Isaac Idahosa, general overseer of God First Ministry, 31st year in the ministry.

In a video captured, Bamgbola said: “If you do not compromise yourself, God said I should tell you, you will one day rule this nation.”

Speaking after the church service, Fani-Kayode condemned the Companies and Allied Matters Act, CAMA, signed into law by President Muhammadu Buhari on August 7.

But Fani-Kayode said any law that seeks to regulate the affairs of the church is evil.

“My position is simple. You cannot regulate the affairs of the church. The church of years has stood for many years; hundreds of thousands of years ever since it was established,” Fani-Kayode said. 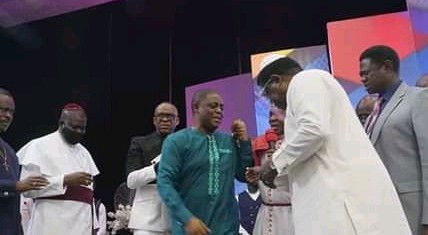 “And great powers have come and gone that tried to destroy it; it’s never worked and it can never work. And any law that seeks to regulate the affairs of churches is absolutely evil and I consider that section of that act to be evil.

“And those that proposed it are evil and it’s unacceptable. And we will not take it, and it will never stand in Jesus’ name, that’s my position.”

Meanwhile, Fani-Kayode has been in the news lately for insulting a journalist at a press conference in Calabar after he asked who was bankrolling his tour of PDP-controlled states.

Responding to the question, Fani-Kayode described the reporter as “very stupid” and then said he is not a poor man who would beg for funds.

“I am saying this on live TV. What type of stupid question is that? Bankrolling who? Do you know who you are talking to? I will not take any questions from this man,” he said.

“What type of insulting question is that? Which bankroll? To do what? Who can give me money for anything? Who do you think you are talking to? Go and report yourself to your publisher? Please don’t insult me here. I don’t want to take any questions from this man. 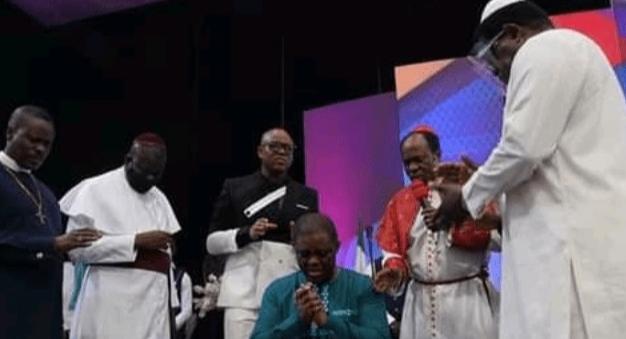 “I could see from your face before you got here, how stupid you are. Don’t ever talk to me like that. Who do you think you’re talking to. Bankroll who? You think I am one of those ones you… from who, when, how? You have a small mind, a very small mind. Don’t judge me by your own standards.

“I have been in politics since 1990… I have been locked up many times by this government. Suffered. I have been persecuted unlike most of the politicians you follow for brown envelope. Don’t ever judge me by that standard. I spend I don’t take and I am not a poor man — I have never been and I will never be.

“Bankroll how? Don’t ever suggest that to me. I am sorry that was deeply insulting. I don’t often get annoyed in press conference. I have been doing this type of thing for so many years. Don’t you ever make that kind of suggestion to me. Bankroll who? A former minister, a lawyer? Don’t ever try that with me again o, please. You see me well, don’t ever. Try it with others, but with me, don’t! I will hit you hard and if anybody sent you to ask that question and gave you brown envelope, go and tell them that you got more than they bargained for to do it.

“Very rude. It is not the standard of gaining trust at all and I will report you to your publisher. Thank you. Somebody that has been on the road for how long, you are coming to talk about that. Very stupid.”

Iyene - February 17, 2017
0
Hello! I am Mercy Iyene Etim and this is My Blog.
Contact us: info@iyeneunwired.com
© Iyeneunwired.com designed by Digitaldesign247
MORE STORIES