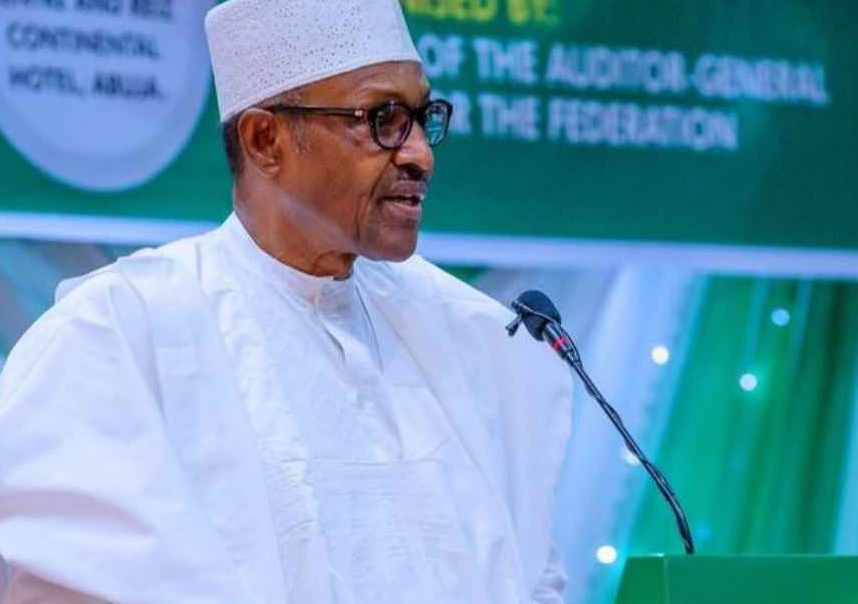 Four doctoral and 200 Master’s degree holders have been confirmed to be among applicants for the Federal Government’s Special Public Works programme under which 774,000 unskilled Nigerians are being recruited.

This is as the Senate on Wednesday took a dig at Festus Keyamo, Minister of State for Employment, Labour and Productivity,  countering his claims that each member of the National Assembly was given 30 slots in the ongoing nationwide recruitment exercise.

Senator Gbenga Obadara, the Ogun State Chairman of Special Public Works, confirmed the application of the doctoral and Master’s degree holders in the state in an interview granted PUNCH.

Recall that President Muhammadu Buhari, had a few months ago, approved the employment of 774,000  workers as part of efforts to cushion the economic hardship caused by the COVID-19 pandemic.

Under the programme, Nigerians, who will be unskilled workers, will earn N20, 000 each on a monthly basis for three months.

At least, 1,000 workers will be recruited from each of the 774 local government areas of the country. 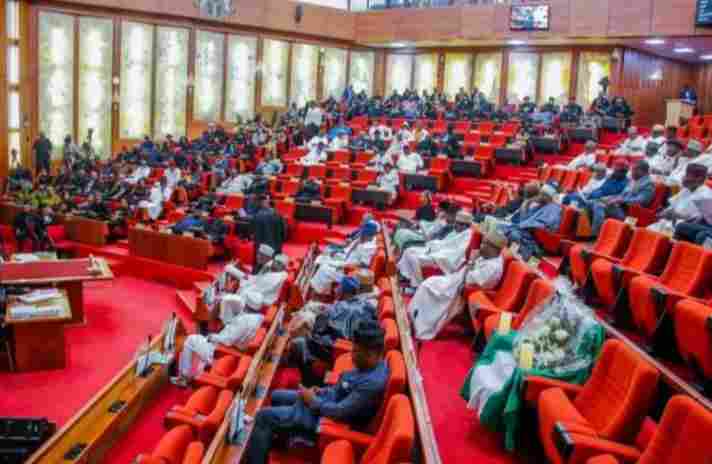 The programme ran into a hitch last month when the National Assembly and  Keyamo disagreed over who should handle the recruitment.

The Senators had insisted that the programme should be handled by the National Directorate of Employment.

But following the President’s intervention, the crisis was resolved. Two weeks ago, the Chairman of the Extended Special Public Work Selection Committee in Rivers State, Dr Innocent Barikor, was quoted to have said that the minister had directed that every governor should be given  40 slots in each local government area, while each senator and House of Representatives member would enjoy 30 slots in their various council areas.

We didn’t beg for slots, we weren’t given any – Senate tells Keyamo

But a spokesperson for the Senate,  Dr  Ajibola Basiru, said in an interview that there was no time the minister gave 30 slots to each member of the National Assembly.

He, therefore, warned Keyamo against using the programme to blackmail the lawmakers.

Basiru explained that the Red Chamber never approached Keyamo to negotiate for slots and that no such gesture had been received from him.

Basiru said, “We are not interested in how they are recruiting persons into the public works programme because it is not our project.

“We will reject any blackmail from anybody. Nobody should use the issue of slots to blackmail us. We are not interested in the slots. 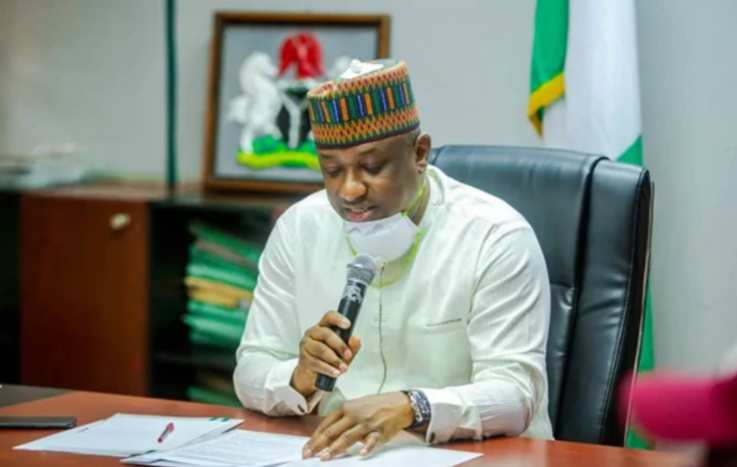 “We only hope that by the time we are doing oversight functions, they would have implemented the programme according to the budget.

“We reserve the right to exercise our own oversight functions and we just hope that it would be well implemented in the interest of Nigerians.”

Keyamo could not be reached for comment as he did not respond to calls for reaction to the allegations of blackmail.

He had yet to reply to an SMS sent to his phone as of the time of filing this report.

But some state coordinators, who spoke with the newspaper on Wednesday, reportedly said 30 slots were given to each of the National Assembly members.

The Minority Caucus in the House of Representatives had on Tuesday rejected the slots allotted to each member of the House.

The Minority Leader of the House, Ndudi Elumelu, in a statement described the allotment of 30 out of the 1000 slots per local government to each member of the House as grossly unfair.

Reacting to the lawmakers’ complaints, Keyamo said the 30 slots given to each member of the National Assembly were just a privilege and not a right.

He also said it was irrelevant whether the federal lawmakers accepted the slots or not because their constituents would still be the beneficiaries.

He had said, “The question of slots to certain persons was never a question of a right or entitlement, it is just a privilege given to them to recommend persons within their constituencies.”

Obadara said the committee started distribution of forms four weeks ago and that almost  20,000 persons from 20 local government areas had obtained the forms.

Speaking on the challenges facing the committee,  Obadara described 20,000 slots allotted for the state as “a drop of in the ocean.

“Poverty is ravaging.  Unemployment is extremely on the high rise. People with master’s degrees and even PhD degrees are  applying for 20,000 jobs. That is the problem. It cannot cover everybody. We cannot blame the Federal Government.”

In Sokoto State, it was gathered that the committee had to take recruitment forms to applicants’ homes and persuade them to apply.

The PUNCH also reported that a member of the recruitment committee, Akibu Dalhatu, said, “After the senatorial inauguration, what we have recently embarked on is a visitation to local government areas headquarters to sensitise would-be applicants. After the sensitization, we gave interested applicants the forms to fill, for their possible engagement.”

The Katsina State Chairman of the implementation committee, Alhaji Musa Magaji, said the committee had written stakeholders, including the Christian Association of Nigeria and Jamaatu Nasir Islam, who would submit names of beneficiaries. 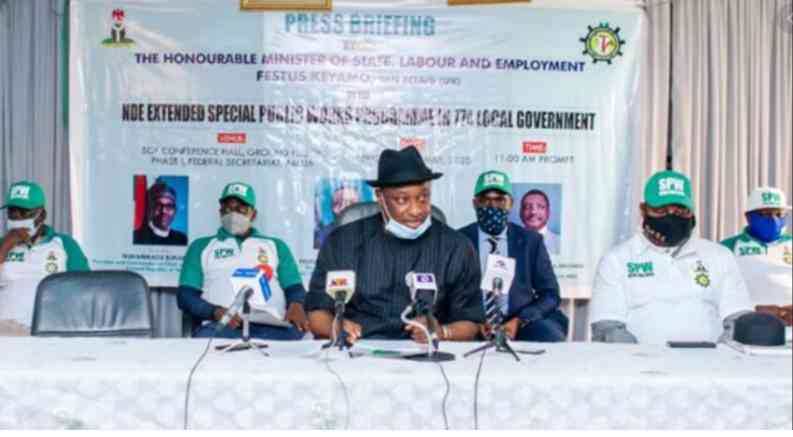 He said, “There are various committees constituted to suggest people that would benefit. The committees include the CAN Chairman, the National Union of Road Transport Workers Chairman, and the Chairman of the Nigeria Supreme Council of Islamic Affairs. Beneficiaries would be made public after submission of the names and this will be very soon.”

But the Gombe State Coordinator of National Directorate of Employment,  Hassan Mustapha, in a chat with The PUNCH,   said over 20,000 people had applied in the state.

The coordinator stated that politicians were complaining that the slots given to them were inadequate.

The Zamfara  State Coordinator of the programme, Alhaji Garba Yandi, is said to have disclosed that the programme would begin on Saturday.

Yandi explained that 1,000 persons would be recruited in each of the 14 local government areas of the state.

The Kano State selection committee has distributed forms for 44,000 slots given to the state to politicians, in compliance with the Federal Government’s directive.

A reliable source, who confided in The PUNCH, said, “The distribution of the 10 per cent of the 44,000 forms to politicians was concluded early this month. 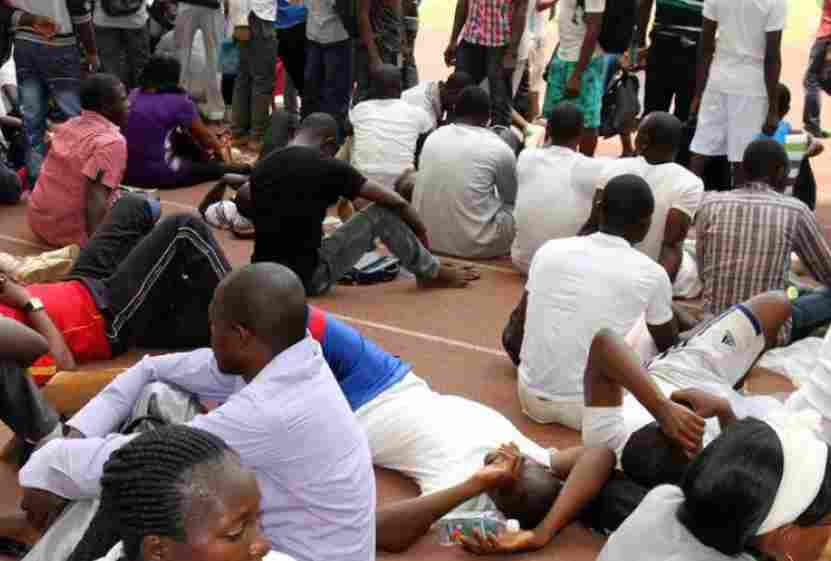 “These politicians include the governor, his deputy, senators, members of House of Representatives, House of Assembly members, local government chairmen, councillors and supervisory councilors.

All efforts to contact the state Commissioner for Youths and Sports, Kabiru Lakwaya, failed as calls to his telephone were not picked. Also, a text message sent to him was not replied.

But the Vice Chairman of the Ekiti State  Public Works Committee, Mrs Mojisola Fafure, said that the state was awaiting directives from the Federal Government for the exercise to begin.

Fafure, who is the state Commissioner for Women Affairs and Social Development, stated that interested job seekers in the state had been making enquiries from the state government.

Fafure disclosed that 1,000 persons would benefit in each of the 16 local government areas of the state.

Some job seekers in Plateau State, Jos, have meanwhile, alleged that the recruitment was being done secretly in the state.

One of them,  John Chollom , said, “We don’t know what is happening. I don’t even know where to go again to obtain the recruitment form because if you go to the ward, they will direct you to the local government area headquarters and the people in the local government headquarters will tell you to meet the state selection committee and when you meet any of them, they will tell you to return to the ward. So the whole thing is shrouded in secrecy.”

Investigations by The PUNCH revealed that although the recruitment exercise had started in the state,  forms were not being given to prospective applicants but were given in bulk to the LGAs for onward distribution to the beneficiaries.

For instance, it was gathered that  Barkin Ladi LGA,  which has  20 federal wards, was given only 30 forms to be shared among applicants. 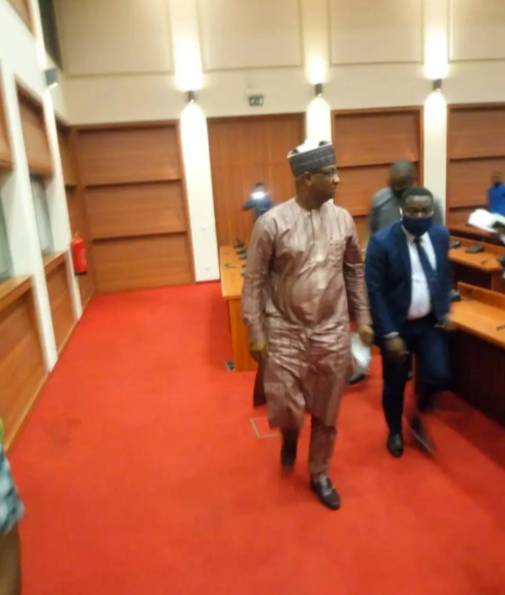 A councillor in the area,  who declined to give his name for fear of being victimised, confirmed the number of forms allocated to the LGA.

He said, “For now, that is the number that has been given to us in the council area. It is not enough and it is even smaller than the number the selection committee said they would give us.”

But the Chairman of the state selection committee, Rufus Bature, in a reaction dismissed the allegation that the recruitment exercise was being done secretly.

Bature said, “We have started the recruitment in the 17 LGAs.  There is nothing secret in what we are doing because the people of the state are being carried along in every step we take. The 1,000 slots allocated to each local government area is a negligible number compared with the number of  people and that means that every person cannot get the job.”

Ekoo, in a separate interview on Thursday, said the recruitment would begin next week.

Ekoo, who noted that 23,000 slots were given to the state in line with the number of its LGAs, explained that some slots had been allocated to politicians, religious leaders and traditional rulers.

The Lagos State Commissioner for Information and Strategy, Mr Gbenga Omotosho, has also said the state was allocated 20,000 slots.

He explained that a committee had been formed to handle the recruitment, adding that all stakeholders would be represented to ensure fairness.

He said, “It’s 1,000 per local government, so Lagos has a total of 20,000 slots. There is a committee handling it. The committee is headed by a member of the Governor’s Advisory Committee, Mutiu Are.”

REVEALED! 5 Simple Ways to Save Money

Iyene - January 27, 2020
0
Hello! I am Mercy Iyene Etim and this is My Blog.
Contact us: info@iyeneunwired.com
© Iyeneunwired.com designed by Digitaldesign247
MORE STORIES

Iyene - January 20, 2020
0
A mysterious and fatal SARs-like virus has been detected in China and it is said to have claimed three lives and infected 200 people. Researchers...
%d bloggers like this: