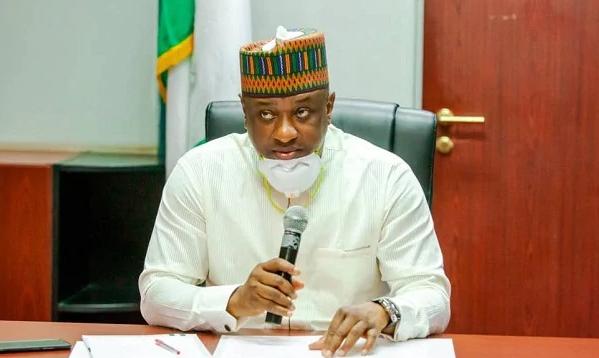 The Minister of State for Labour and Employment and human rights lawyer, Festus Keyamo, has come hard on the former Minister of Aviation, Femi Fani-Kayode, for publicly insulting a journalist Eyo Charles in Calabar, the capital of Cross Rivers state.

Recall that reports had gone viral yesterday how the ex-minister poured invective on the journalist for asking a question at a press briefing.

Fani-Kayode had gotten visibly angry at the question and had told the reporter he was “foolish” for asking him who “bankrolled” his tour of projects in Cross River and other states in the south-south.

“I could see from your face before you got here, how stupid you are. Don’t ever talk to me like that,” Fani-Kayode kept yelling at the reporter who was still standing and apologising — “I am sorry, sir.”

“Don’t judge me by your own standards. I have been in politics since 1990. I am not one of those politicians that you think will just come…. I was taken, I have been locked up how many times by this government. I have been prosecuted, unlike most of these politicians you follow for brown envelopes!

“Don’t ever judge me by that standard. I spend, I don’t take and I am not a poor man, I have never been and will never be,” he had said. 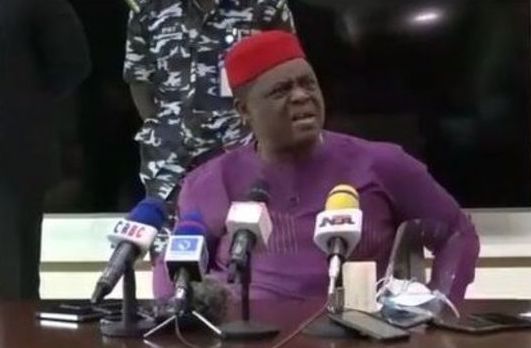 Reacting to Fani-Kayode’s outburst, Keyamo described the ex-minister as arrogant, self-centered, who lack empathy and consideration for other people.

He tweeted: “Narcissistic personality disorder is a mental health disease that involves a pattern of self-centered, arrogant thinking and behavior and a lack of empathy and consideration for other people. The affected persons are often cocky, manipulative, selfish, patronizing, and demanding.”

In his reaction to Keyamo’s comment, a Twitter user @SMILE09548266, said everyone has his own personality, adding that people keep feeling like he was oppressive towards the journalist.

“Everyone has his own personality, and there are times when you can’t hold it anymore. People keep feeling like he was oppressive towards the journalist. The truth still stands that he was irritated by the diverted question,” he said.

Another Twitter user, Samuel Okechukwu @samuelIfea, said Fani-Kayode goofed by insulting the reporter, adding that pride took over the ex-minister. “Ffk goofed. Arrogance, pride took over him.. Fmr minister and barristers don’t go broke .. I don’t blame him, Obj made him minister now he could talk so arrogantly to a fellow man. That guy falls my hand by letting him insult him that length. He sings praises to feed his belly,” he said.

Meanwhile, Fani-Kayode has this morning apologized for denigrating the journalist the way he did at the press conference. He also withdrew the word stupid.

Fani-Kayode said in the statement, “I met with my advisors till late last night and I wish to say the following. I hereby withdraw the word ‘stupid’ which I used in my encounter with a journalist in Calabar. 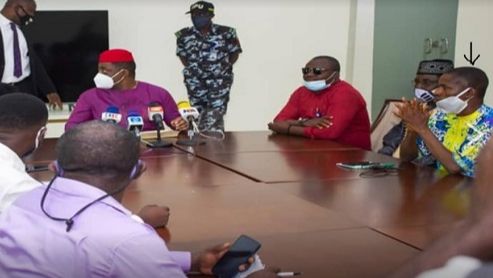 “I have many friends in the media who I offended by losing my cool and using such words. I hereby express my regret for doing so.

“I do however wish to state categorically that no threat of physical harm was ever made to the journalist in question and neither did I send anyone to threaten him. Anyone that says otherwise is lying and I challenge them to bring the proof.

“I would never seek to physically harm a journalist. For the last 30 years I have defended and worked with journalists and fought for the right of freedom of expression.

“I am also very close to many in that profession. I would be the last to seek to disparage those that are honorable and noble within its ranks.

“I hope that this will assuage the pain and anger of anyone that was hurt or offended by this ugly episode. I have now put this matter behind me and moved on. Now my tour of the South continues. Moving to yet another state today!”

Iyene - December 29, 2019
0
Hello! I am Mercy Iyene Etim and this is My Blog.
Contact us: info@iyeneunwired.com
© Iyeneunwired.com designed by Digitaldesign247
MORE STORIES