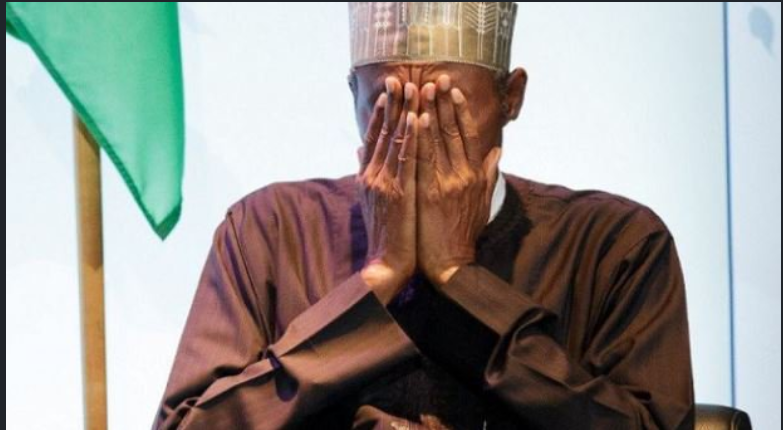 Several Nigerians have questioned God’s existence and power as they wonder why He has not intervened for Nigeria as the country convulses in palpable corruption, oppression, killings and several other ills like rape. Hence the  #DraggingGod trend

This comes off the back of the brutal rape and killing of a  22-year-old lady identified as Uwa Omozuwa inside a church in Benin, Edo State on Wednesday, May 27.

A freshman student at the University of Benin, Uwa attended a branch of the Redeemed Christian Church of God (RCCG) in the Benin, the capital of Edo State, where she was sexually exploited and murdered.

The RCCG through Pastor Olaitan Olubiyi, its Head of Media and Public Relations expressed sadness over Uwa’s death saying the church has lost a great member.

It said  the church has been closed since the lockdown but Uwa usually collects the key to go into the church so that she can study in private. 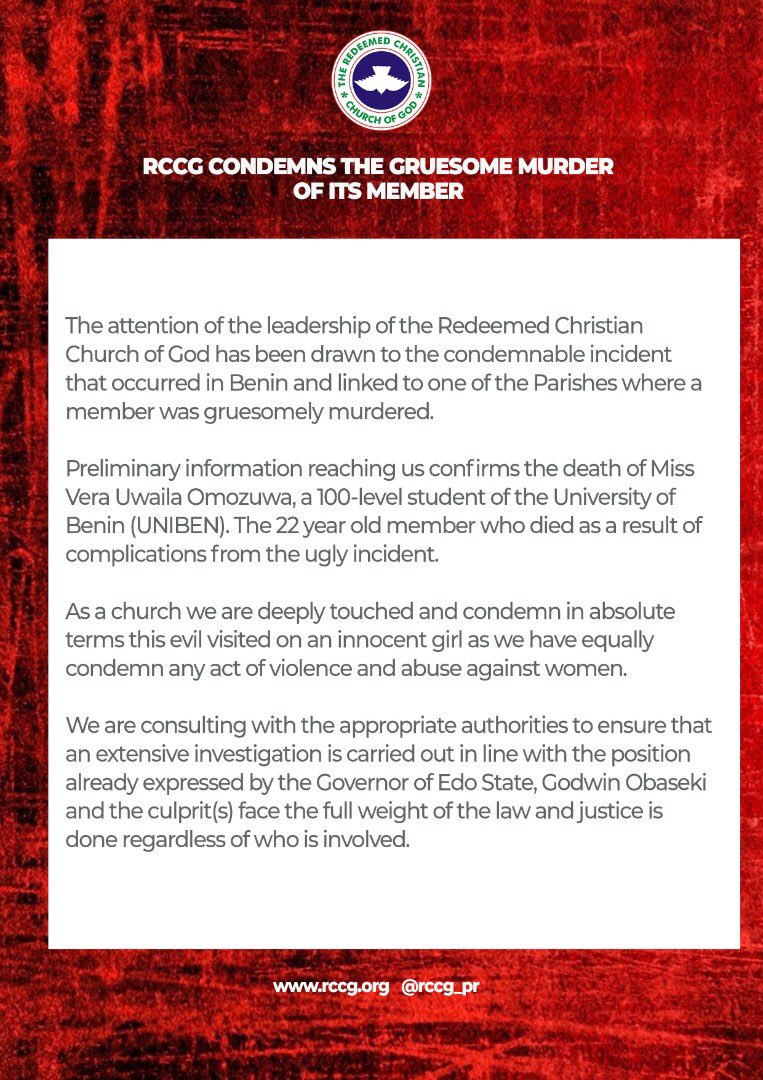 Reacting to Uwa’s death, the death of Tina who was shot dead by police, and other ills in Nigeria, people put the blame on God and made some statements many would consider blasphemous. 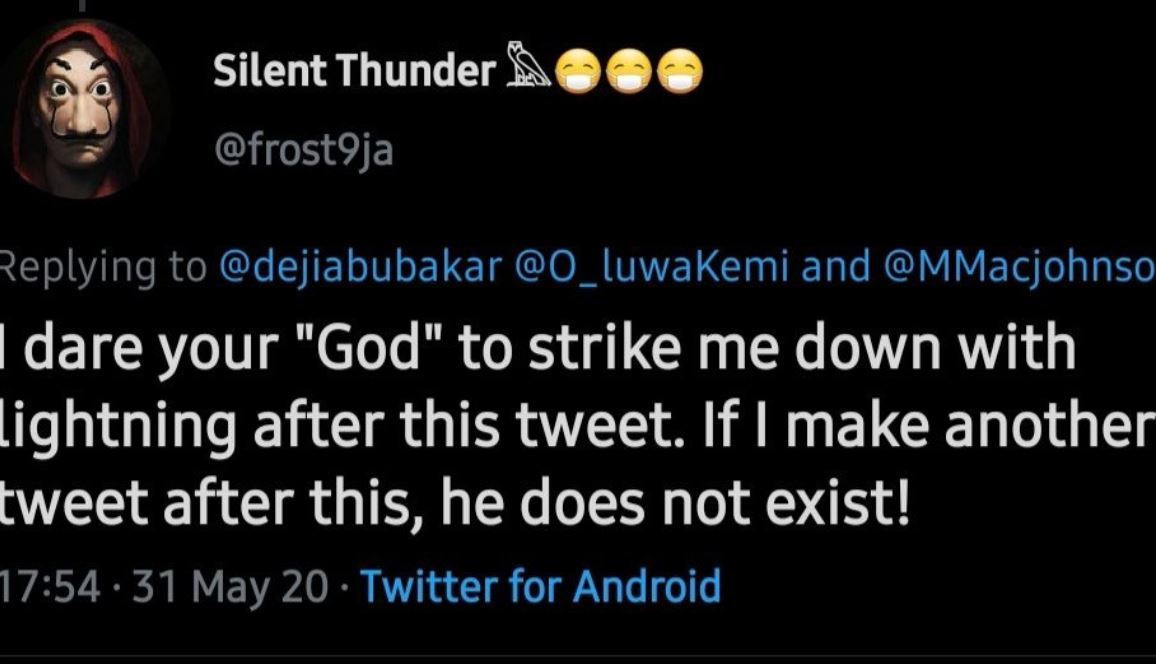 Other Twitter users have cautioned them and asked them to pick their words wisely. 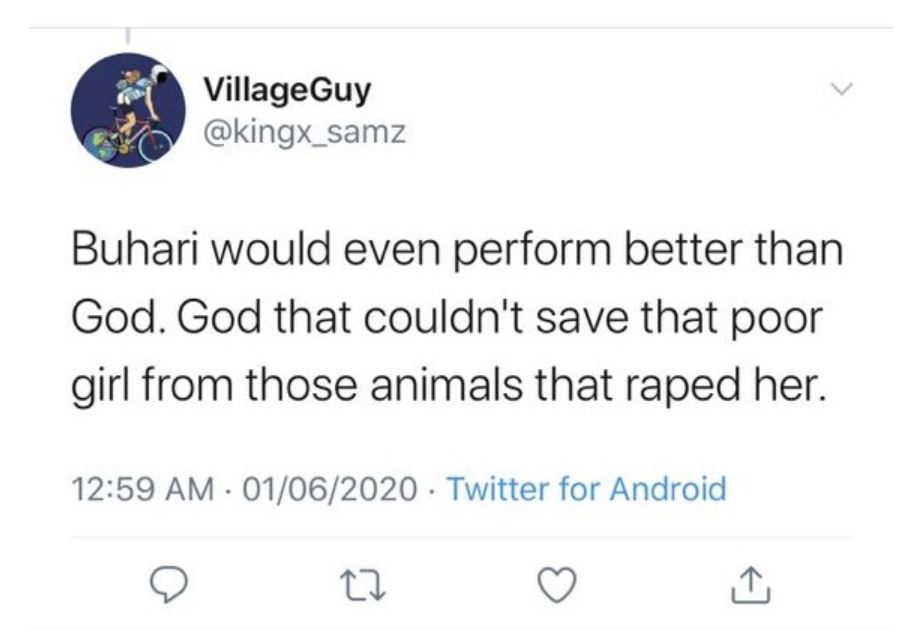 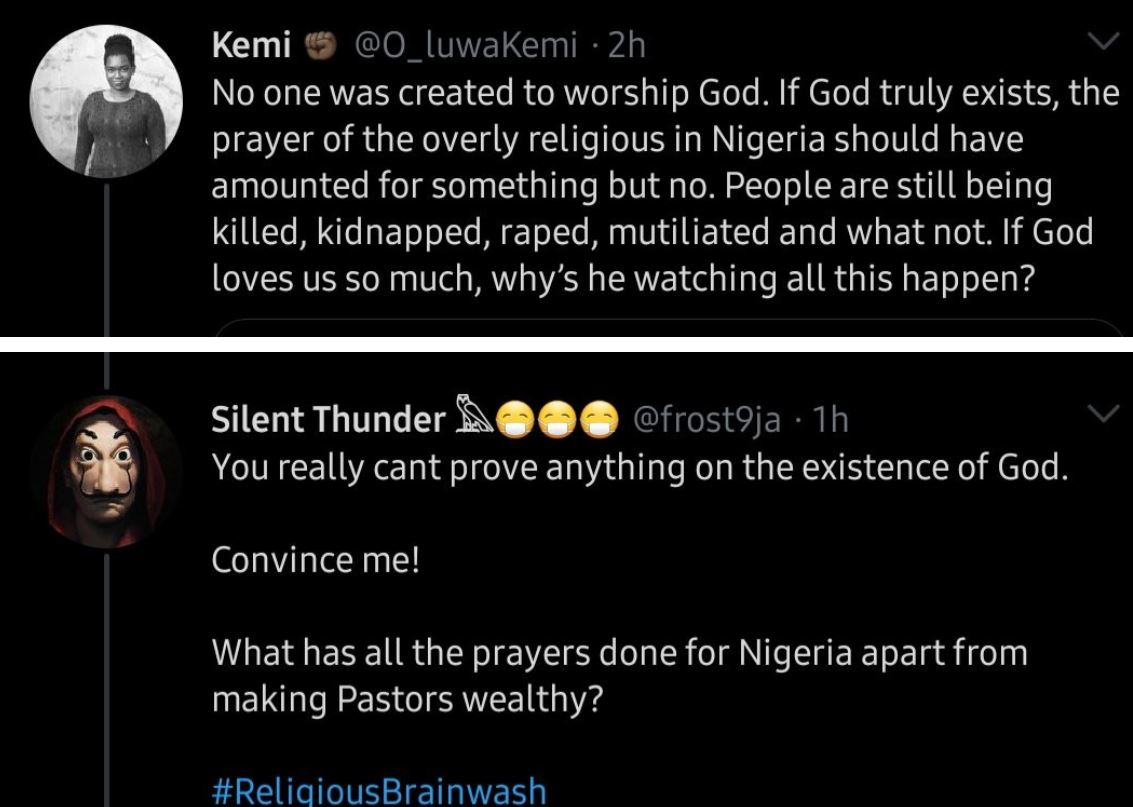 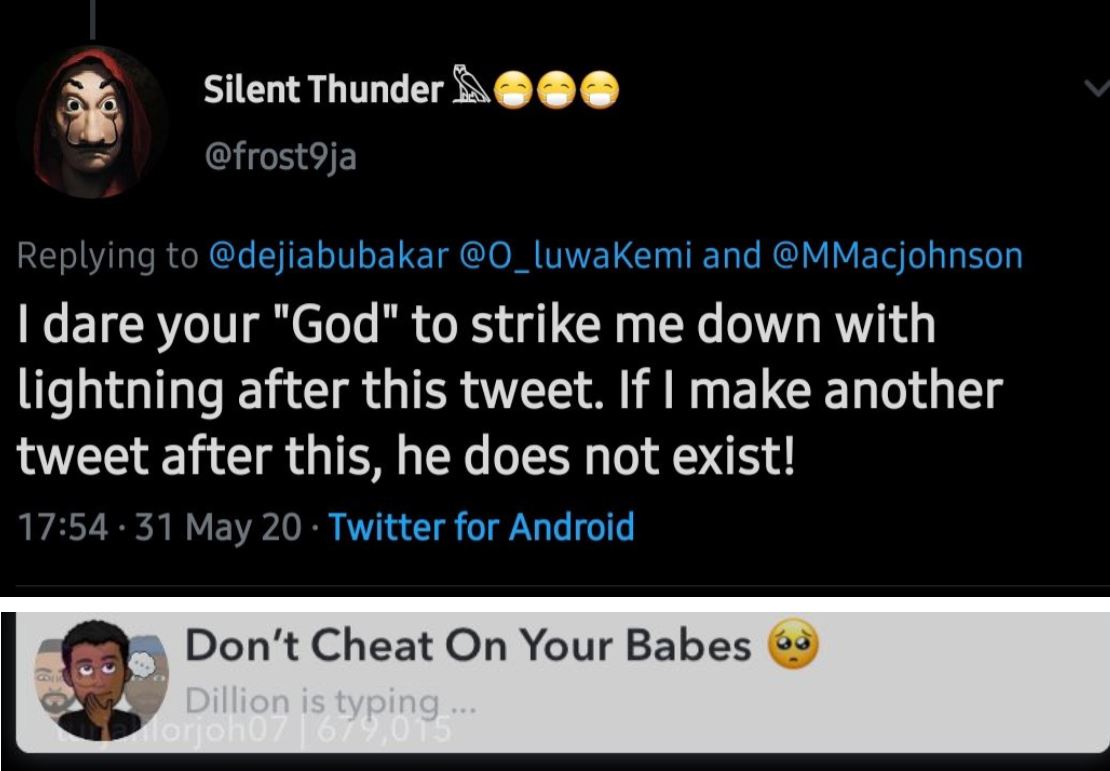 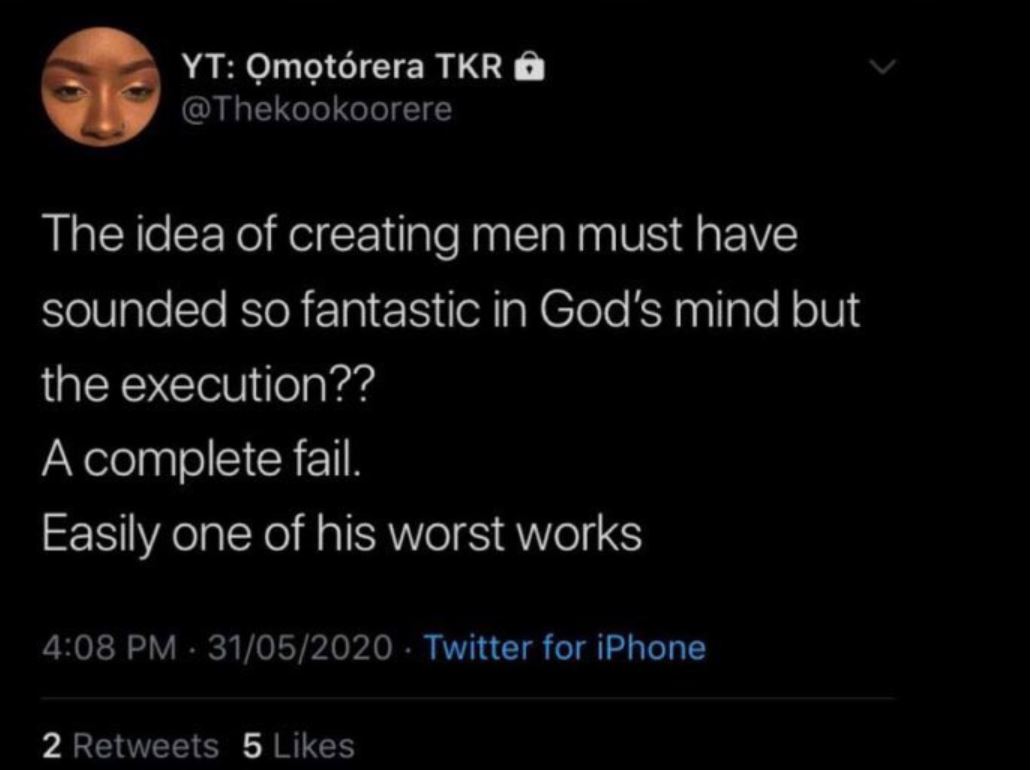 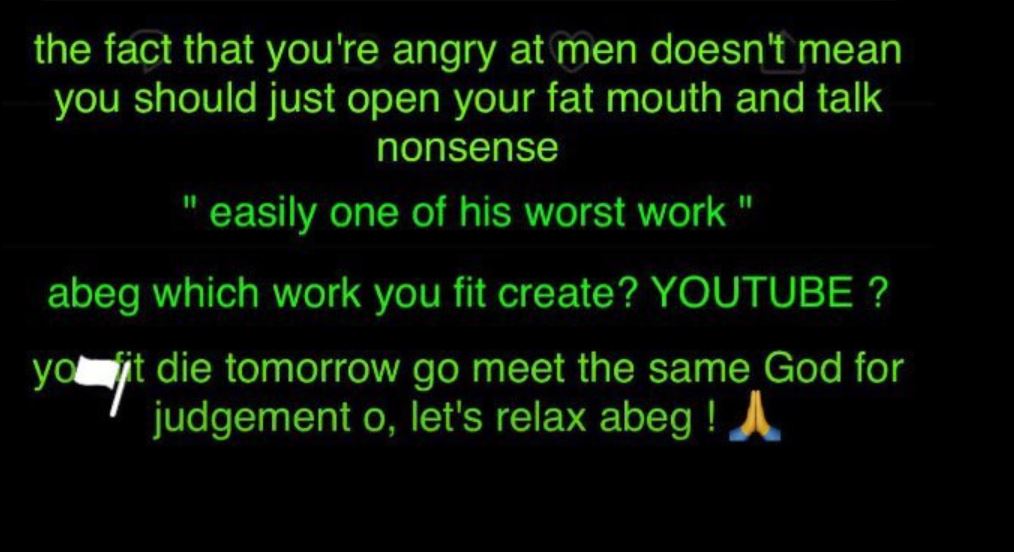 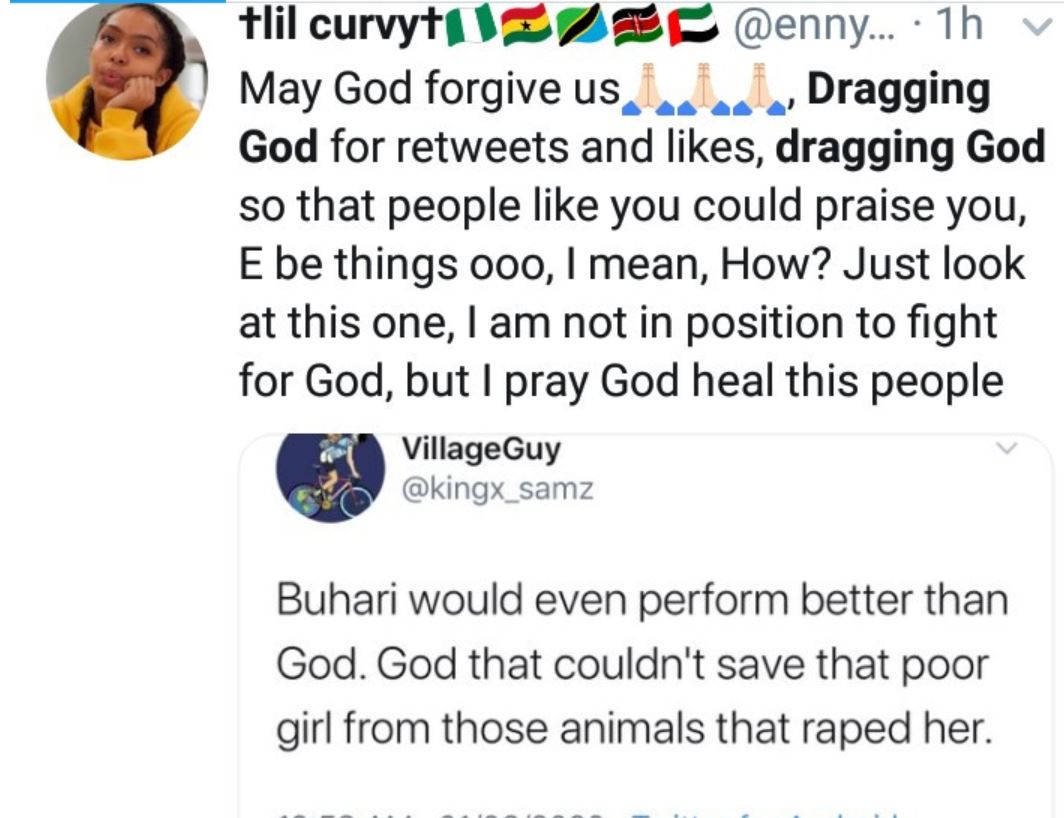 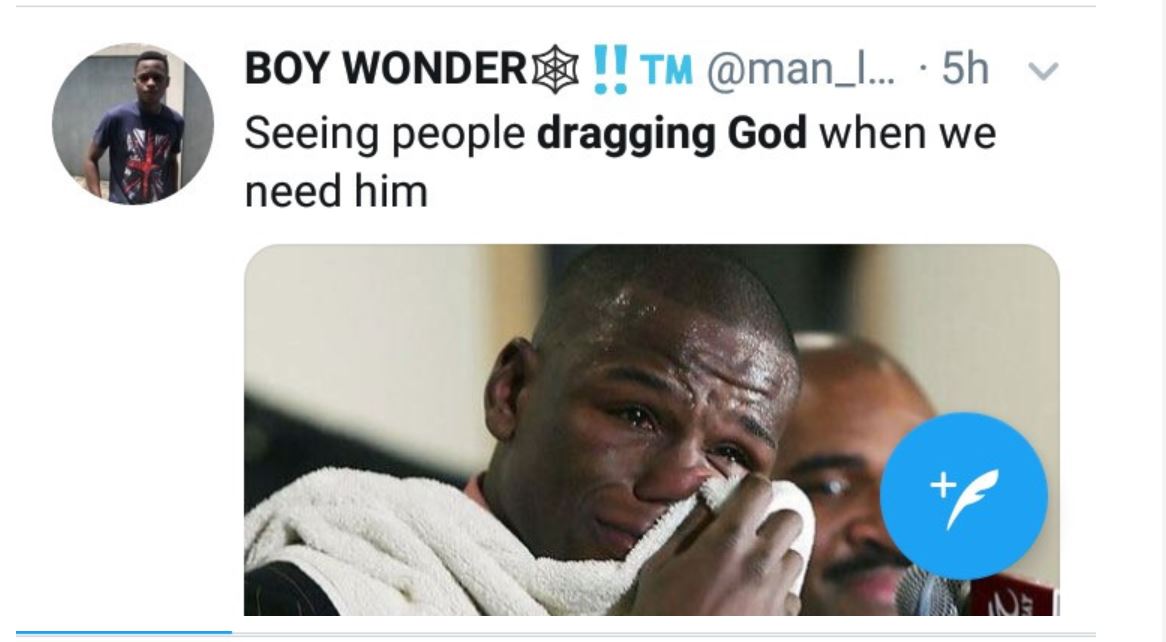 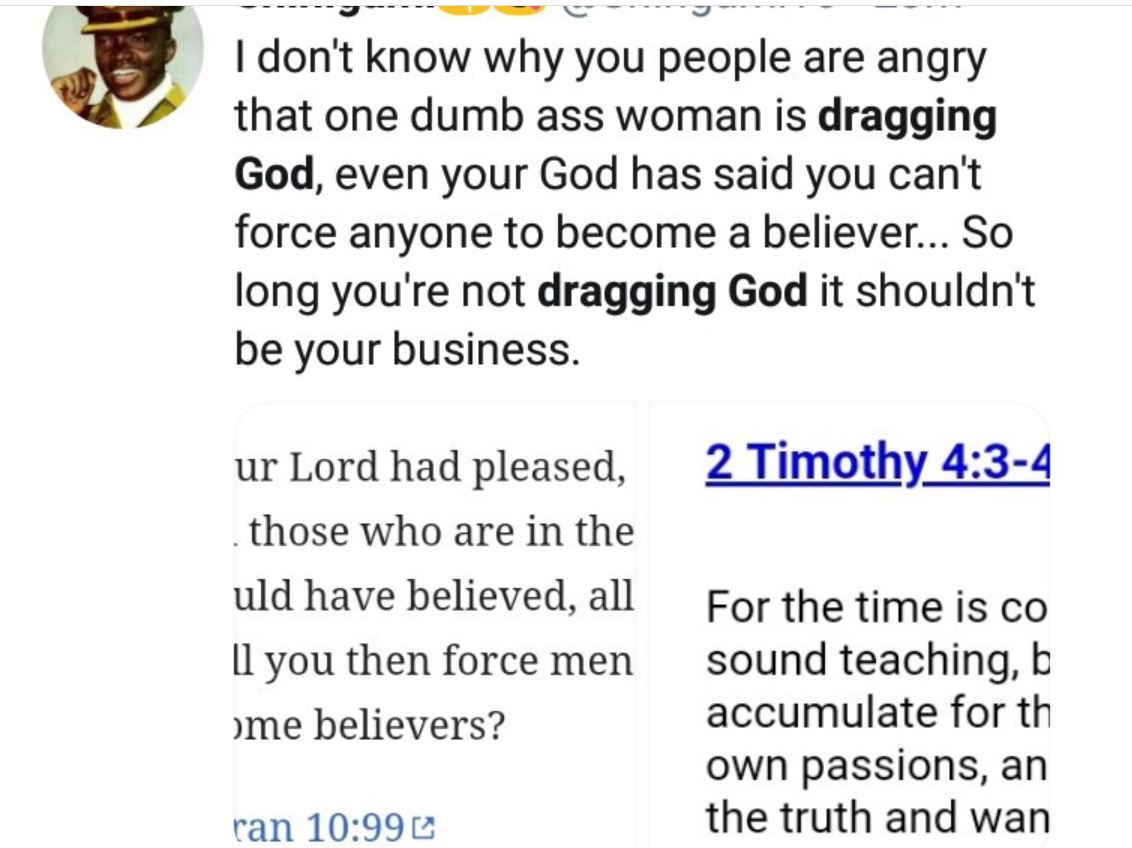 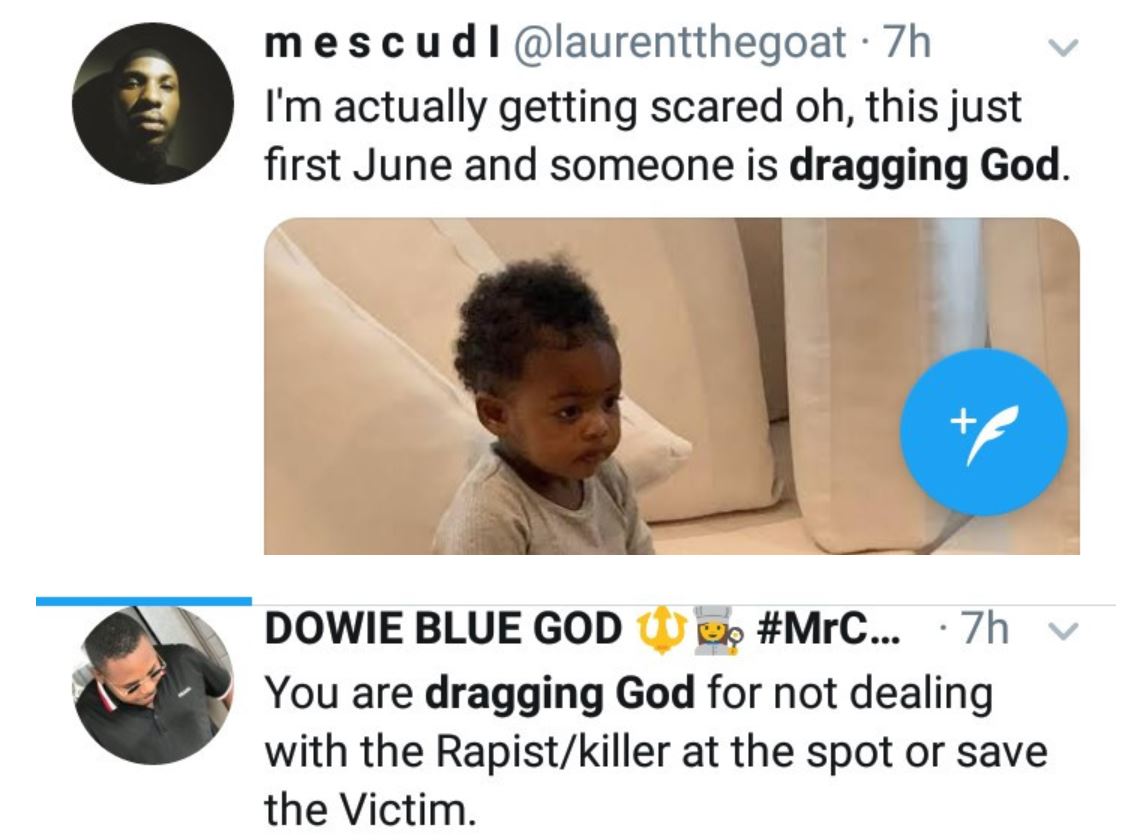 NO WAY!! Parents Name Son “Google” With High Hopes It Will Make Him “Useful” In Life

Iyene - February 5, 2020
0
Hello! I am Mercy Iyene Etim and this is My Blog.
Contact us: info@iyeneunwired.com
© Iyeneunwired.com designed by Digitaldesign247
MORE STORIES

To End Domestic Violence Against Men, We Need To Teach Women...

Iyene - February 18, 2020
0
The woman whom you have taught to value marriage above life and the man you have thought to not value women consummate and we have a ball of drama and sometimes unfortunate deaths...
%d bloggers like this: