Fareed Zakaria, a top CNN anchor has called on world superpowers to work in concert to efficiently and effectively deal with the coronavirus pandemic.

Zakaria also emphasised that the world clearly cannot afford to let Nigeria explode over the pandemic.

The virus which started from the Chinese city of Wuhan in mid-December of 2019 has infected more than a million people globally and caused 70, 000 resultant deaths. Only 20% of the total confirmed cases have recovered amid a lack of known vaccine or cure for it.

As of Sunday, there were 232 confirmed COVID-19 cases in Nigeria.

The outbreak has generated a global discourse, with several stakeholders reacting and making donations worldwide.

Lending his voice to the discourse, Zakaria, in a video he posted on Twitter, said world leaders are not cooperating enough to see to the end of the virus. 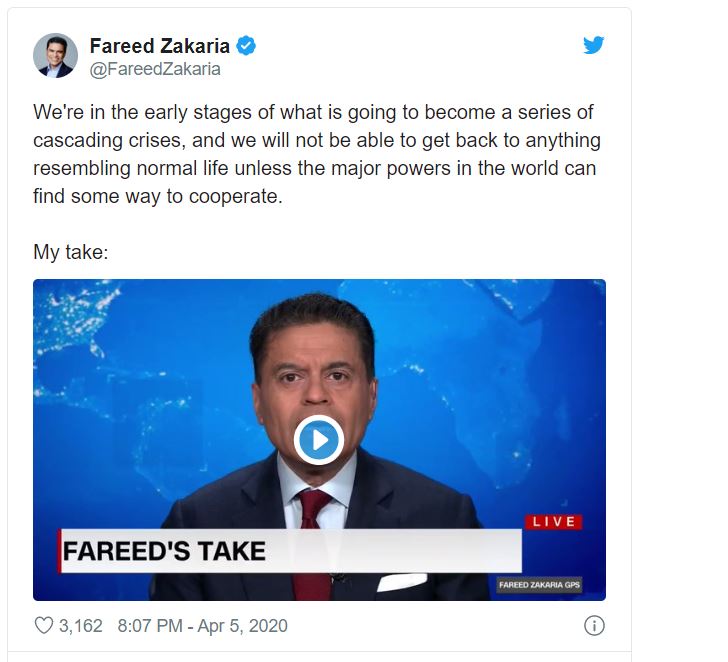 According to him, “we would not be able to get back to anything resembling normal life unless the major powers in the world are able to find a way to cooperate and manage these problems together”.

He said while developing countries, including Nigeria, have recorded relatively lesser cases so far, there is a tendency that they could be hit hard by the disease.

On the economic impact of the disease, Zakaria said owing to the drop in the demand for oil globally, the implications for countries like Nigeria could be “political turmoil, refugees, revolutions, crackdowns, maybe terrorism”.

“All of these might happen on a scale we haven’t seen for decades,” he said.

“Even as we are just beginning to confront the magnitude of the shock caused by this pandemic, we need to wrap our minds around the painful truth. We are in the early stages of what is going to be a series of cascading crises reinvigorating throughout the world and we would not be able to get back to anything resembling normal life unless the major powers in the world are able to find a way to cooperate and manage these problems together. 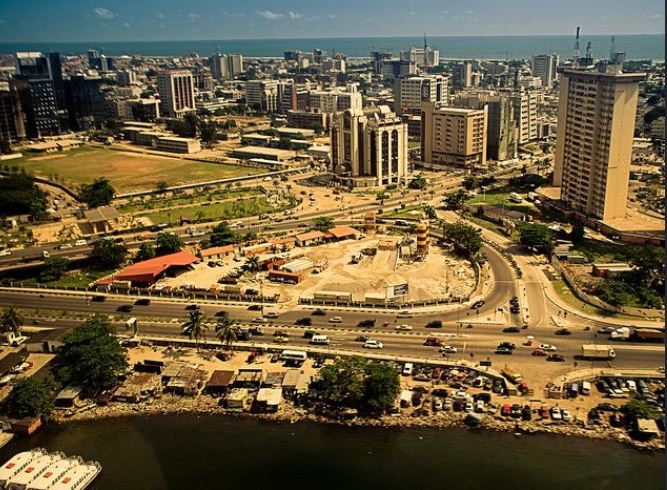 “The first phase has been the health care crisis in the world’s major economies. The next phase is the economic paralysis, the magnitude we are only just beginning to comprehend. Next comes the explosions in the developing world.

“So far, the number of infected have been low in countries like India, Indonesia, Brazil, Nigeria, probably because they are less linked in trade and travel than the advanced world. In addition, these countries have tested very few people which is key to keeping their numbers deficiently low. But unless we get lucky and it turns out that heat does temper the virus, these countries will all get hit and hard.”

“And then, there are the oil states. Even if the quarrel between Saudi Arabia and Russia gets resolved, at this point, the demand for oil has collapsed and will not soon recover. Consider what that means for countries like Libya, Nigeria, Iran, Iraq and Venezuela, where oil revenue makes up the vast majority of government revenue.

“The vast majority be …the economy…. expect political turmoil, refugees, revolutions, crackdowns, maybe terrorism. All of these might happen on a scale we haven’t seen for decades.

“If countries like Iraq and Nigeria explode, the cost in refugees, disease and terrorism would all make us wish we had tried harder to manage their fall.

INTERESTING: These Photos Will Convince You That Buhari Is Serious About Ending Insecurity

Grandma Bathes Children With Pepper, Chained Them For Drinking Garri Without Permission

Iyene - August 23, 2019
0
Hello! I am Mercy Iyene Etim and this is My Blog.
Contact us: info@iyeneunwired.com
© Iyeneunwired.com designed by Digitaldesign247
MORE STORIES