According to a report by SaharaReporters, Abdullahi Moukhtar, an In-law to Mamman Daura, is one of three staff of President Muhammadu Buhari’s Chief of Staff, Abba Kyari, that tested positive for Coronavirus.

It was also gathered that the Presidency had been hiding the fact from the public in order to avoid Moukhtar from being stigmatised and persons he had been in contact with in recent days to panic.

Daura is a nephew to Buhari and one of the most influential members of Aso Villa cabal.

On Saturday, it was discovered that Moukhtar, who was assigned to Kyari by Daura, is one of the three persons infected by Buhari’s Chief Of Staff. 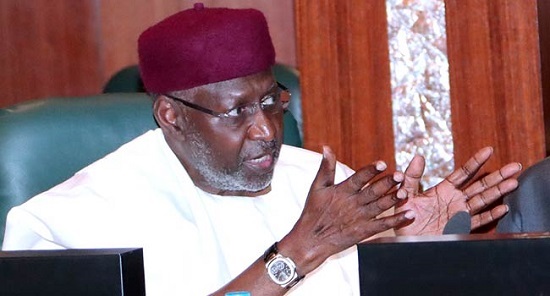 Moukhtar is a Special Assistant to Kyari, who was assigned to him by Daura.

On Friday, top foreign diplomats in Nigeria had warned that Coronavirus cases in the country could rise to over 10,000 in the coming weeks especially because at least 5,000 persons in contact with infected individuals were on the loose in the country.

Western countries are already evacuating their citizens from Nigeria as a result of the continued spread of the virus.

So far, the Nigerian Center for Disease Control, NCDC, has tested less than 200 persons in the country — far lower than the number of persons with suspected symptoms of the pandemic, according to experts.

At the moment, Nigeria has at least 97 confirmed cases of Coronavirus and one recorded death.

OPINION | Sowore And The Hypocrisy Of Public Outcry

SIGHT TO SEE! Mixed Reactions As Nigerian Govt Begs US Billionaire For Free Ventilators On Twitter

If Money Was Not A Problem, Which Car Would You Splurge On?

Iyene - March 30, 2020
0
Hello! I am Mercy Iyene Etim and this is My Blog.
Contact us: info@iyeneunwired.com
© Iyeneunwired.com designed by Digitaldesign247
MORE STORIES

Iyene - January 12, 2020
0
"In such a condition, because of human error and in a unintentional way, the flight was hit,” the military said. It apologised and said it would upgrade its systems to prevent future tragedies....
%d bloggers like this: