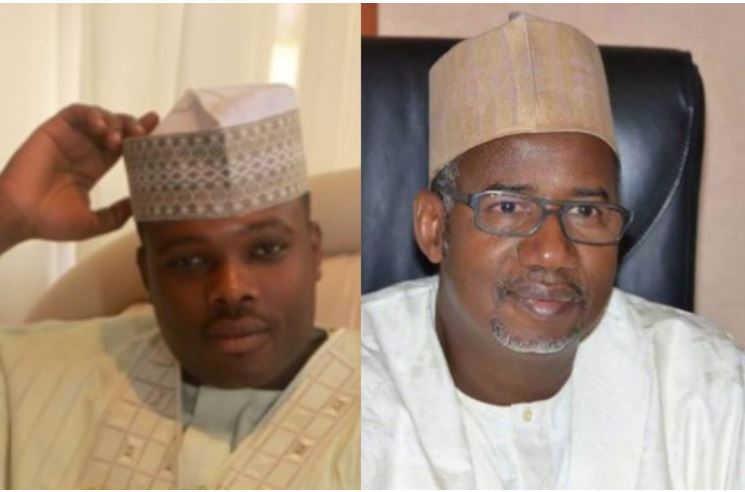 Son of former Vice-President Atiku Abubakar has denied claims Governor Mohammed Bala of Bauchi State contracted the Coronavirus from him.

He insisted the Governor did not self-isolate after his return from Germany. The Govenor was in the country until March 15.

Recall that after Bala tested positive for the virus, Bala’s spokesperson Mukhtar Gidado announced the governor was self-isolating, citing his meeting with the son of the former Vice President.

However in a Whatsapp conversation reportedly made with and cited by LindaIkeji on Wednesday, Atiku’s family debunked claims of Mohammed shaking Governor Bala on board the aircraft. The Bauchi State Governor was accused of not self-isolating upon his return from Germany on March 15.

The short statement reads: Mohammed did not shake hands with Governor Bala Mohammed. He sat on a seat across the aisle on the Aero Contractors flight from Lagos to Abuja. Governor Bala was in Germany until the 15th of March 2020 and did not go into self isolation.

The claim was backed by Governor Bala’s tweet in which he announced his meeting with leaders, policy makers and industrialists in Germany on March 13. It is also suspected that President Buhari’s Chief of Staff, Abba Kyari got infected with the virus during a recent trip to the European country.

Here is Governor Bala’s tweets below; 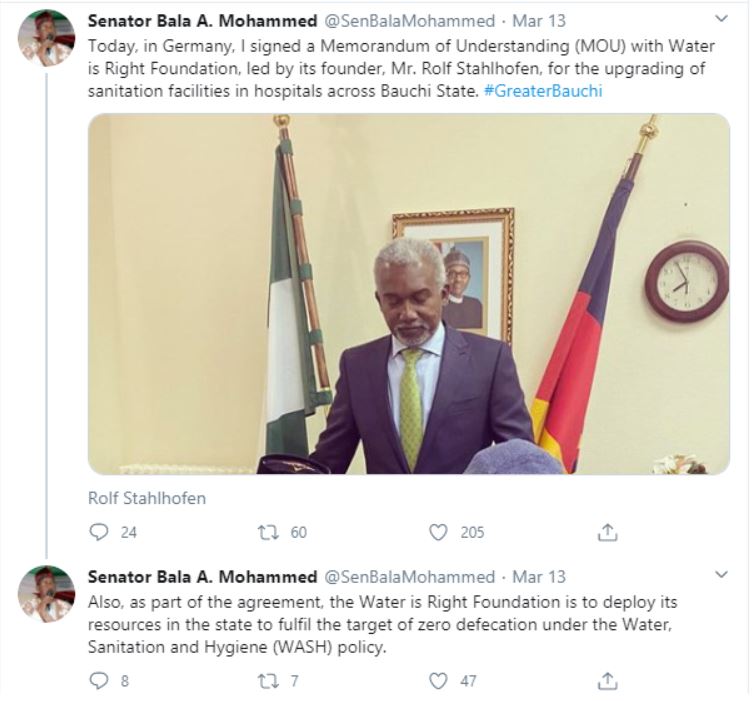 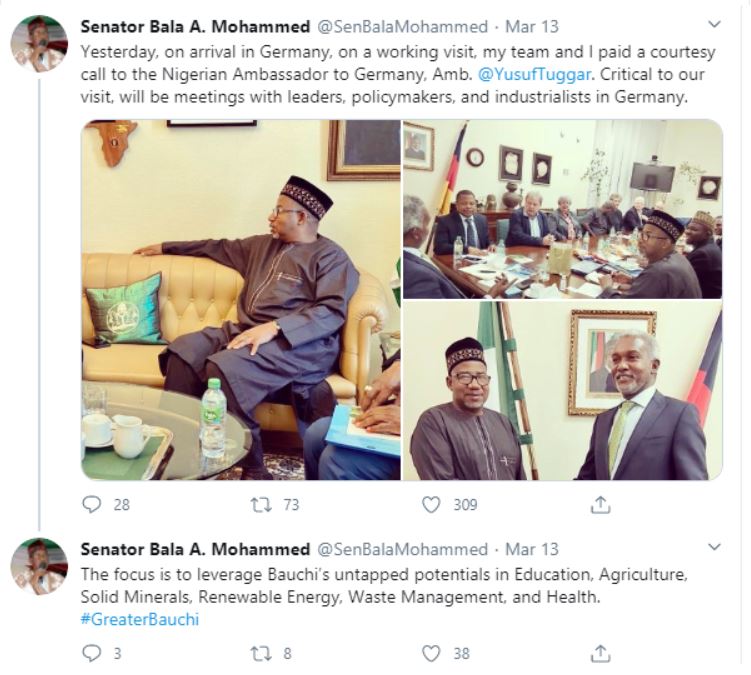 TEARS Flow As 14 Pupils Were Killed In Stampede At A...

Iyene - February 5, 2020
0
The tears of shocked parents flowed endlessly as fourteen pupils at Kakamega Primary School north-west of the capital Nairobi died in a stampede. The pupils, mostly...
%d bloggers like this: