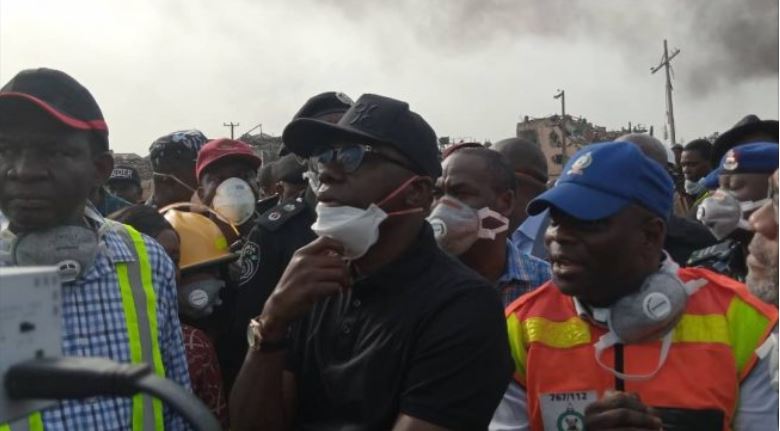 Sanwo-Olu declared the fund while speaking to journalists at the scene of the tragic incident on Monday.

We had earlier reported how more than 60 students of Clocated within the area sustained varying degrees of injuries and are being treated at the Nigerian Navy Hospital in Satellite town.

Ibrahim Farinloye, acting coordinator of NEMA in Lagos explained that 50 buildings, including Bethlehem Girls College and a popular hotel, were damaged in the explosion. 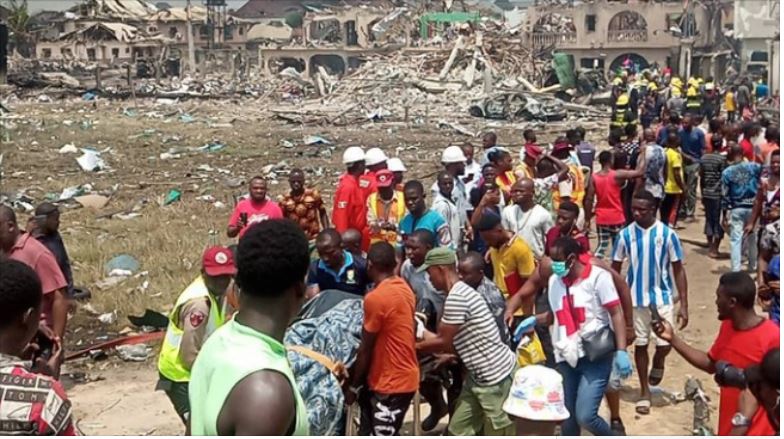 “The resulting fire later spread to the Nigerian National Petroleum Corporation (NNPC) oil pipeline passing through the area even though the pipeline has been shutdown as a precautionary measure,” he said.

“The fire was eventually extinguished about 3.30p.m. through the combined efforts of officials of the Lagos State Fire Service, Federal Fire Service and Nigerian Navy Fire Tender.”

Also, Oladele Daji, staff Ooficer, Western Naval Command, told reporters that the students were stabilised at the Navy Hospital, adding that those who have fully recovered would be discharged soon. 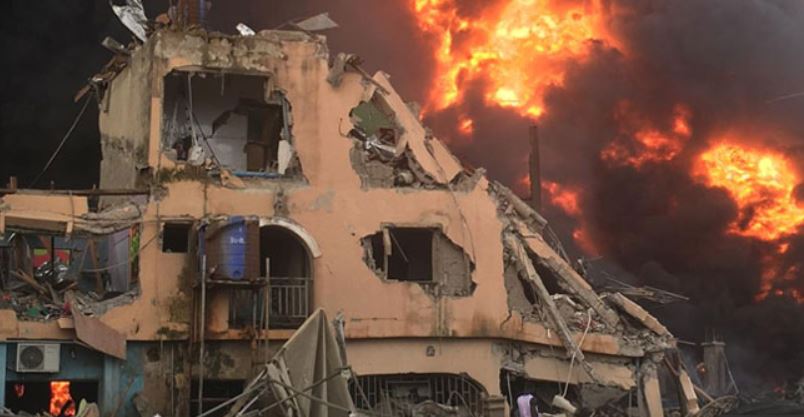 He said the Nigerian Navy in collaboration with other security agencies had begun clearing the pipeline right of way across Lagos, asking the government to revoke the certificate of occupancy of houses sited close to pipelines.

On his part, Olufemi Oke-Osayintolu, director-general, Lagos State Emergency Management Agency (LASEMA), said the government would carry out a thorough investigation to unravel the cause of the explosion.

“Our advice to people is that there is no need to panic. We are on top of the situation and the fire has been put out through collaboration by the various agencies,” he said.

“We can neither smell gas nor petrol, we can’t really say this is what led to the fire. We are still waiting for the outcome of the result to know the cause of the fire outbreak.”

A New Case For A Commonwealth Based On Trade- Buhari

Truth - December 8, 2019
0
The Presidency notes some of the insinuations in the media about the arrest by the Department of State Services (DSS) of the agitator, Omoyele...
%d bloggers like this: