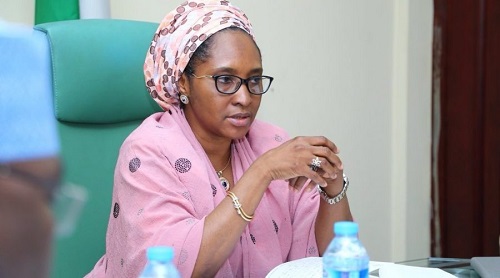 Nigeria’s Excess Crude Account, ECA, has seen a $253 million drop between January and February, the office of the accountant-general of the federation has confirmed.

According to data provided on Wednesday by the office of the accountant-general, the ECA balance is now $71.81 million.

The excess crude account was created by former President Olusegun Obasanjo in 2004 for saving revenue realized from crude oil sales above the budgeted benchmark price.

Various administrations have used funds from the ECA for fuel subsidy payments and distributed among the three tiers of government to augment revenue shortfalls.

A report released by the International Monetary Fund in April 2019 had ranked Nigeria the second-worst in the world in the use of sovereign wealth funds.

Qatar was the only country worse than Nigeria on the index.

“This remains a significant challenge in many resource-rich countries that, on average, have weaker institutions and higher corruption,” the fund said at the time.

“The governance challenges of commodity-rich countries – that is, the management of public assets – call for ensuring a high degree of transparency and accountability in the exploration of such resources.

“Countries should develop frameworks that limit discretion, given the high risk of abuse, and allow for heavy scrutiny.”

In October 2016, Rotimi Amaechi, former Rivers state governor who is now the minister of transportation, had admitted that governors requested that the Goodluck Jonathan-led administration share the ECA balance because it was being mismanaged.

Dump Those Harmful Seasonings! Make Healthy And Tasty Ones Inside Your Own Kitchen

Jane Njoku - July 29, 2019
0
Hello! I am Mercy Iyene Etim and this is My Blog.
Contact us: info@iyeneunwired.com
© Iyeneunwired.com designed by Digitaldesign247
MORE STORIES

Iyene - January 16, 2020
0
The leader of a faction of Odua People's Congress (OPC) Gani Adams has taken a jibe at the the federal government for describing Amotekun...
%d bloggers like this: