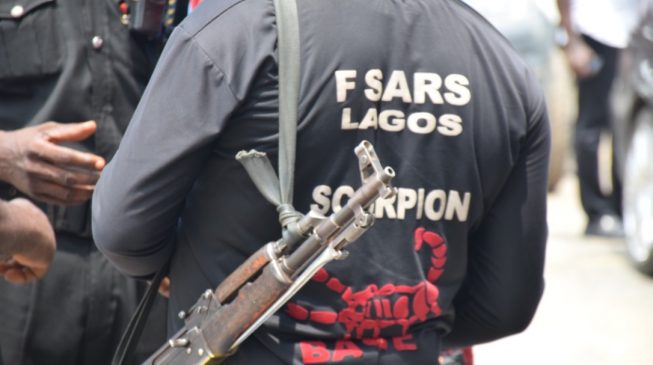 An undergraduate of Ladoke Akintola University of Technology, LAUTECH has accused some agents of the Special Anti-Robbery Squad (SARS) of forcing him at gunpoint to transfer his tuition fees to them.

According to the young man identified simply as @Nsnazy1 in a tweeted message by which he asked Nigerians to intervene in the matter, all pleas fell on the officers’ deaf ears as they insisted on him emptying his bank account to them.

The money was however transferred to an account number with the name Julius Erhauyi Ighebor. 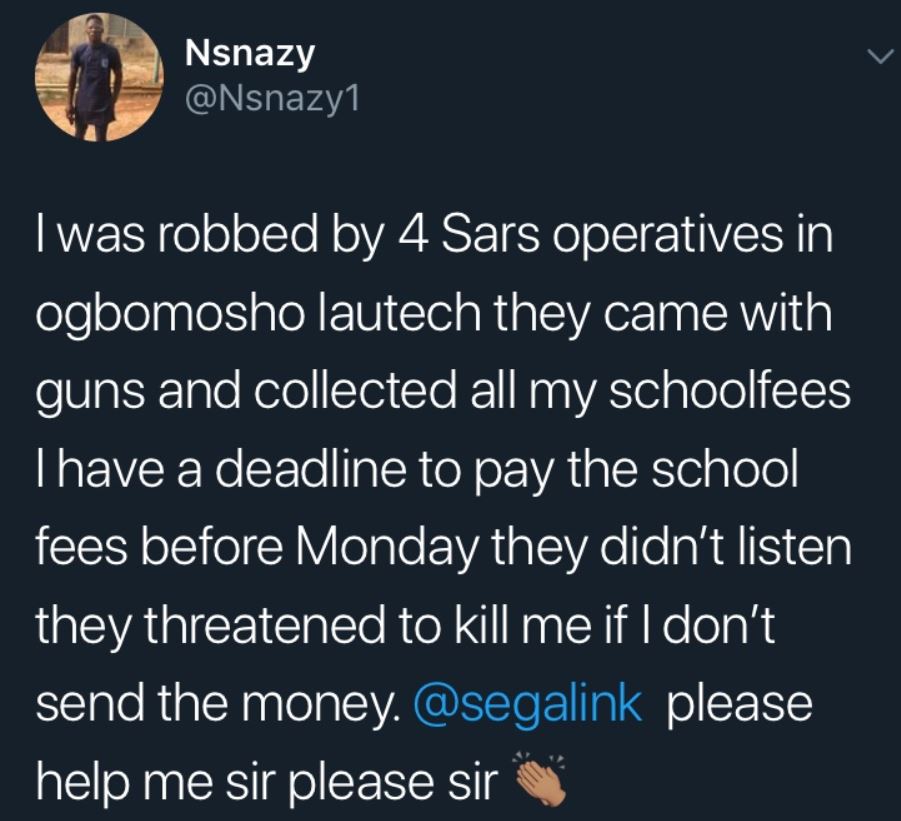 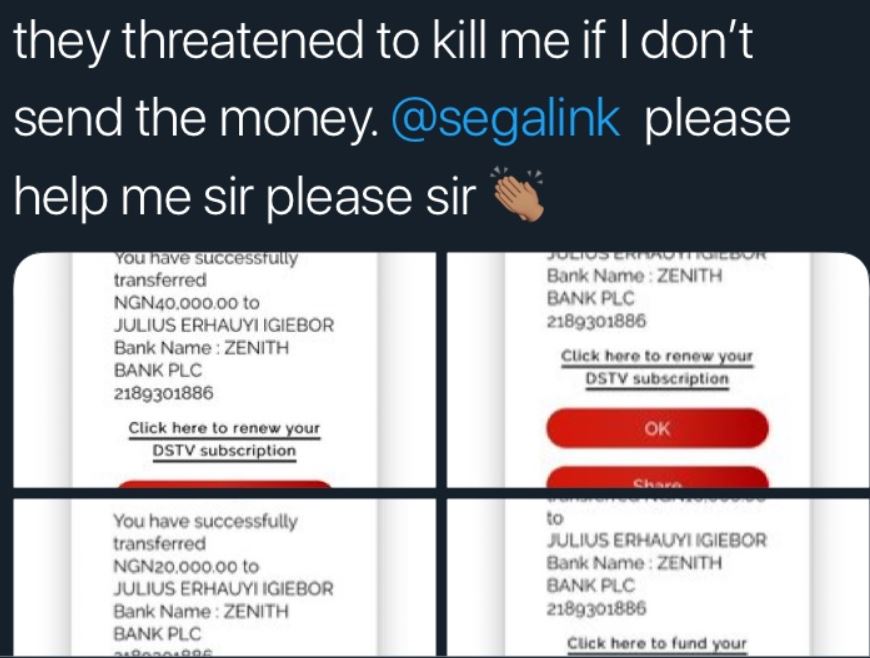 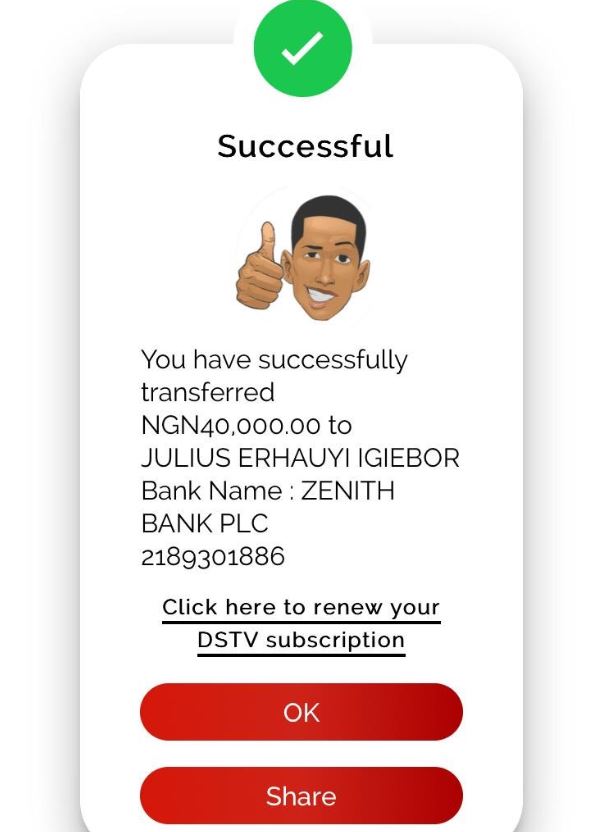 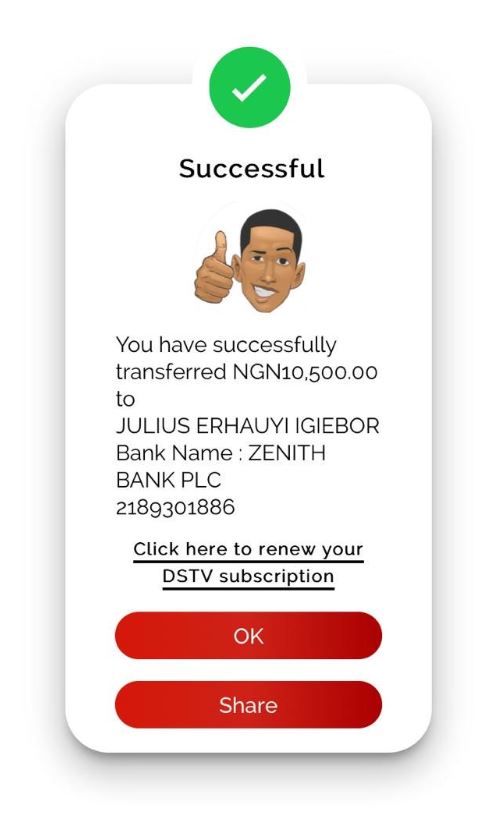 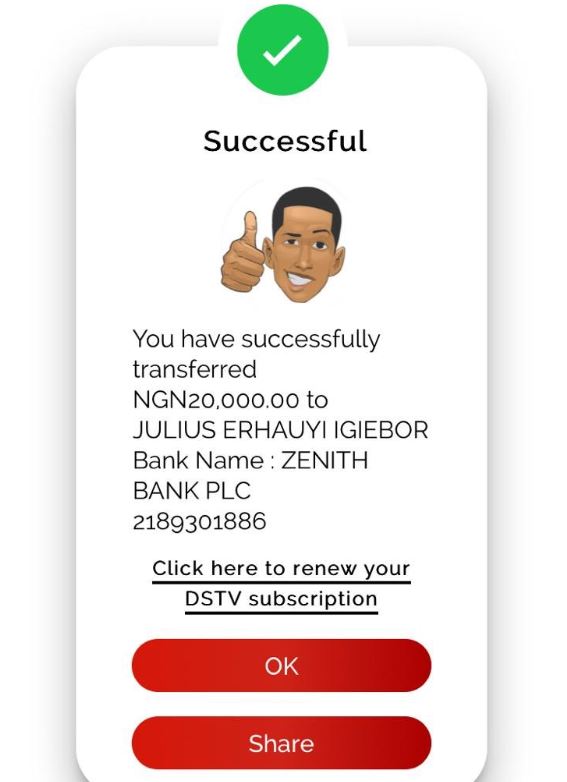 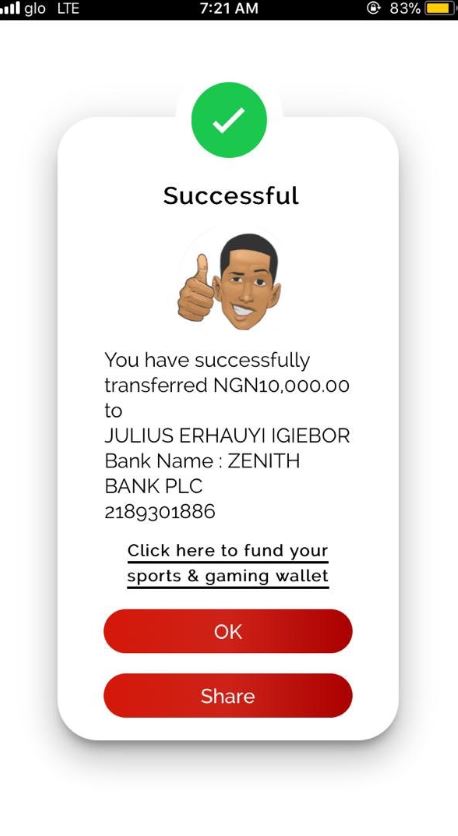 Dele Showola - October 7, 2020
0
Hello! I am Mercy Iyene Etim and this is My Blog.
Contact us: info@iyeneunwired.com
© Iyeneunwired.com designed by Digitaldesign247
MORE STORIES

BREAKING NEWS: US Bans Visa For Foreigners Intending To Use Childbirth...

Truth - January 24, 2020
0
The United States government has said visas will no longer be issued to foreigners intending to give birth in the country in order to...
%d bloggers like this: