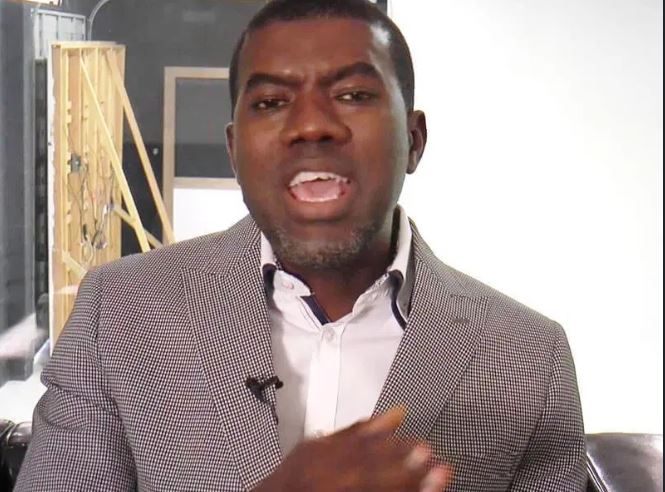 Reno Omokri, an aide to former President Goodluck Jonathan, has filed behind scores of Nigerians tearing into federal government’s release of another batch of repentant Boko Haram insurgents, proclaiming there is nothing like repentant terrorists.

The presidency’s venomous critic questioned the Operation Safe Corridor –under which the repentant terrorists were freed. The government had launched it supposedly to deradicalise and rehabilitate the insurgents.

In a series of tweeted messages Wednesday, Omokri queried the government on the signal being sent to families of soldiers killed by the terrorists in an ongoing anti-insurgency war in the North-East.

“This government killed 347 Shiite men, women, children and infants, yet they had no problem releasing 1400 ‘repentant’ Boko Haram. @Google Shuaibu Moni, a released Boko Haram member who went on to kill countless Nigerians AFTER his release. The only repentant Boko Haram is a dead one!,” he stressed.

Sharing a photo of soldiers killed by Boko Haram being buried, he added:

Sharing a sad story of an orphan whose father was killed by Boko Haram, he wrote:

I had planned to retire and focus on evangelism and my #RenosNuggets going forward, but today, I received a phone call from an orphan, whose father was killed fighting Boko Haram, and she was crying over General Buhari’s release of 1400 repentant Boko Haram members. The Buhari administration does not have a single rehabilitation camp for widows and orphans of Nigerian soldiers who died fighting Boko Haram. Some of the families are kicked out of the barracks after their breadwinner dies at the hand of Boko Haram. They have a bleak future. Only for them to put on the TV and watch Boko Haram members in rehabilitation camps, pending their release to the loving arms of their own wives and children. Buhari is giving a future to those who took their futures away! My conscience will not permit me to keep quiet any longer. As at today, February 11, 2020, #BuhariTormentor is BACK!

He is not asking for Sex, does it mean he is good enough?

Why the Soleimani Assassination Is So, So Wrong!

REVEALED! “How I Steal Millions From People’s Accounts Using ATM” –...

Iyene - February 6, 2020
0
29 year-old Adetunji Adesina has confessed to stealing from banks customers using ATM cards and machines. Adesina who was arrested while in possession of N678,000...
%d bloggers like this: