The Christian Association of Nigeria (CAN) has accused the federal government of giving repentant Boko Haram terrorists more compassionate attention than victims of their attacks.

This comes off the President’s assertion on Monday that 90 percent of Boko Haram victims are Muslims with CAN dismissing it as “false provocative”. 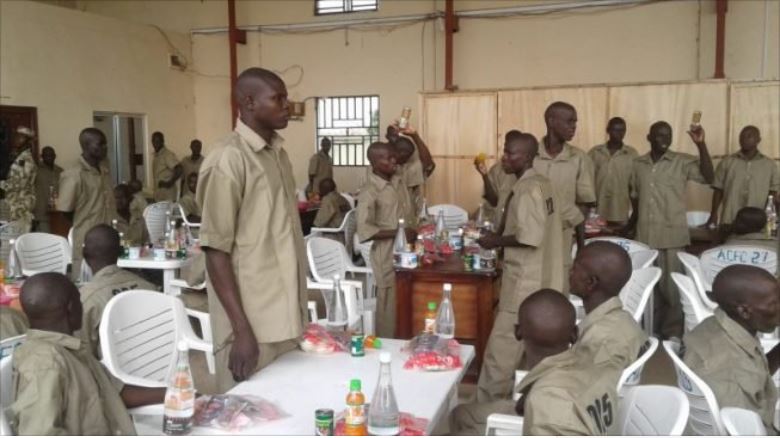 Kwamkur Vondip, CAN’s national director of legal and public affairs, maintained that the President’s claim explains why the insurgents  “get more attention from the federal government in the name of “rehabilitation and de-radicalisation” (pictured) than the victims who lost their lives and those living in internally displaced persons (IDPs) camps.

“The Christian Association of Nigeria notes with pains the President Buhari’s unfounded, false, provocative and misleading assertion that 90% of Boko Haram victims are Muslims, ” the statement read.

“On reading this misleading and provocative statement coming from the number one citizen of the country, one will hardly believe that the President understands the difference between the real victims and perpetrators of the heinous crime against the Church and humanity.

“First of all, it’s so disappointing to hear the President trying to justify which religion is suffering most from the grievous attacks of the terrorists. Are we into any competition with the number of the victims? Is there any life that should not be precious to Mr President. 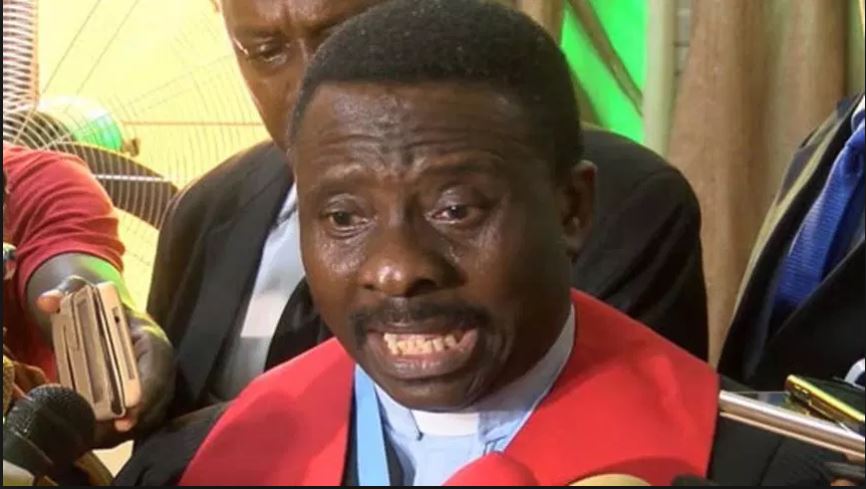 “Boko Haram from the onset did not hide their mission and targets. From their original name, the video recordings and newspapers reports on their operations confirmed this facts. The sole purpose of Boko Haram is the killing of Christians and Islamisation of Nigeria.

“They clearly stated that they were going to fight both government institutions and Muslims who will not cooperate and support the project.”

He alleged that the insurgents have wiped out Christian communities in different local government areas in Borno, Adamawa and Yobe states.

Vondip said Muslims who were victims of Boko Haram attacks were those that spoke against them.

“On attacks on Mosques and Muslims, it’s true that some Muslims have fallen victims of Boko Haram but those victims are few Muslims who speak against the activities of Boko Haram,” he said.

“Nigerians need to know if they have not known the reason why Presidency could not pay ransom to rescue Chibok girls, it is because 80% to 90% of the girls are Christians.

“It’s very sad that instead of the government to apologize to Christians and Nigerians on their inability to defend their lives and property, they are busy playing international politics with the lives of the citizens.

“All the Nigeria Church is asking for is that if President Buhari is still in love with Nigerians, he should stop listening to sycophants and do all within his power to convince Nigerians that he is fighting the killers of Nigerians.”

WATCH: It’s An Embarassment For US To Adjust Visa For Nigerians–Lawmaker Insists

JUST IN: Darkness Looms In Nigeria Amid Coronavirus Lockdown As Power Generation Drops

Iyene - November 21, 2019
0
Hello! I am Mercy Iyene Etim and this is My Blog.
Contact us: info@iyeneunwired.com
© Iyeneunwired.com designed by Digitaldesign247
MORE STORIES

Iyene - March 21, 2020
0
Nigeria now has 10 new cases of the new coronavirus, the nation’s health minister confirmed on Saturday. This brings the total number of cases in...
%d bloggers like this: