A young boy called Odiriverere who has a hunchback was murdered by suspected ritualists at Kokori in Ethiope East Local Government area of Delta State last night.

A resident of the town reported that the boy called ODIRIVERERE AKA TINAPA was a popular hunchback in the community and he was killed by Unknown ritualist last night, for reasons best known to them and they sliced open his hunchback.

See a graphic photo of the boy below 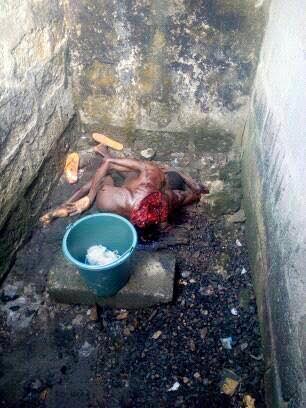 May his soul rest in peace.

Drop your comments in the section below.

To End Domestic Violence Against Men, We Need To Teach Women They Don’t Need Men

POLL! How Is The Okada, Keke Ban On Lagos Roads Affecting...