Gap tooth or “open teeth” as it’s popularly called is a medical disorder according to a Nigerian doctor.

Read what he wrote below.

The medical name for gaptooth is diastema (plural diastemata). It is a space or gap between two teeth. Diastemata are primarily caused by IMBALANCE in the RELATIONSHIP between the jaw and the size of teeth.

If the labial frenulum (lip tissue) pulls, it can also push the teeth apart and cause a diastema between the center of the two front teeth. It happens when there is an unequal relationship between the size of the teeth and the jaw. 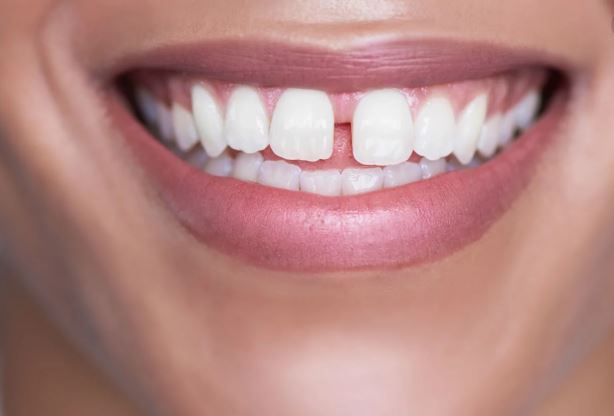 Diastema is sometimes caused or exacerbated by the action of a labial frenulum (the tissue connecting the lip to the gum), causing high mucosal attachment and less attached keratinized tissue. This is more prone to recession or by tongue thrusting, which can push the teeth apart.

Treatment 1. Determining the cause of the diastema, then treat the cause. 2Diastema treatment options can differ from one patient to another, but generally it is treated by orthodontics, or composite fillings, or a combination of veneers or crowns.

Stop doing Shakara with a Disorder, Go for Treatment.

Nigerian atheists and Christians: Who is more religious?

Iyene - September 25, 2017
0
Hello! I am Mercy Iyene Etim and this is My Blog.
Contact us: info@iyeneunwired.com
© Iyeneunwired.com designed by Digitaldesign247
MORE STORIES

Iyene - February 10, 2020
0
A photo of 5 Nigerian sisters who are all doctors, has gone viral on social media. Their medical specialties include Neuro-surgery, Gynecology, plastic surgery, family...
%d bloggers like this: