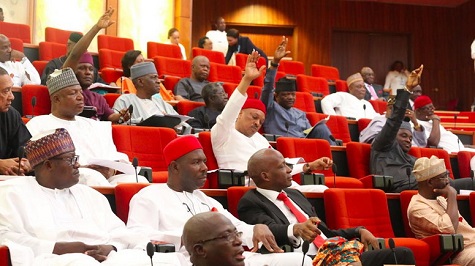 What could you do with a Christmas bonus of N2 million? The response is faster if you are a Nigerian senator: not much.

In fact, some senators have described the amount — which is only a fraction of a regular stream of benefits accrued to them — as “a mere drop” in the vast ocean of their Yuletide expenses. Others threatened to cause the Senate leadership “some headache” upon resumption from their Christmas-New Year recess later this month.

“It was not enough to meet our Christmas needs,” one senator said. “In fact, some of us are already coming together to formally complain to our president.”

The lawmakers received the N2 million on December 18 from the Senate overhead and operations account, according to bank transaction alerts of two senators seen by PREMIUM TIMES.

The purpose of the transaction was not attached to the payments, but lawmakers had been told a few days earlier to expect the funds as their Christmas allowances, according to three senators who briefed PREMIUM TIMES on it. 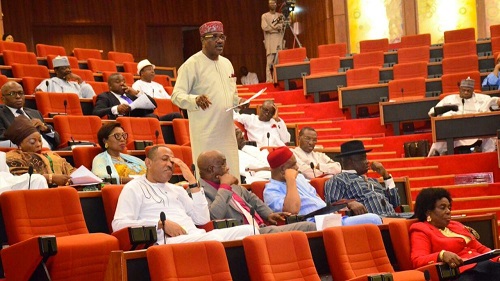 The senators spoke under anonymity as of the time they interacted with PREMIUM TIMES to avoid a potential backlash from their colleagues, but one of them said they may eventually go public with their complaints if their anger boils over.

“They said we should use the money to take care of our families and constituents,” one senator said. “I was just standing there without knowing what to say for many minutes.”

The senator decried “the failure” of Senate President Ahmed Lawan to understand the scale of responsibility that usually confronts them whenever they visit their constituency.

“There are many local government areas under my district,” the senator said. “How do I tell them that I only came back home with N2 million?”

“Even when I am travelling for an event or just to visit my constituency, I usually hold at least N50 million,” the senator added.

Another senator said lawmakers usually received far larger amount in Christmas allowances, wondering why the current assembly that has maintained a cordial relationship with the executive now finds itself receiving much less.

To End Domestic Violence Against Men, We Need To Teach Women They Don’t Need Men

Iyene - December 9, 2019
0
Hello! I am Mercy Iyene Etim and this is My Blog.
Contact us: info@iyeneunwired.com
© Iyeneunwired.com designed by Digitaldesign247
MORE STORIES

Iyene - February 4, 2020
0
As the world grapples with the spread of the rampaging Corona Virus, the governor of Lagos state Babajide Sanwo-olu has proactively inaugurated an Incidence...
%d bloggers like this: