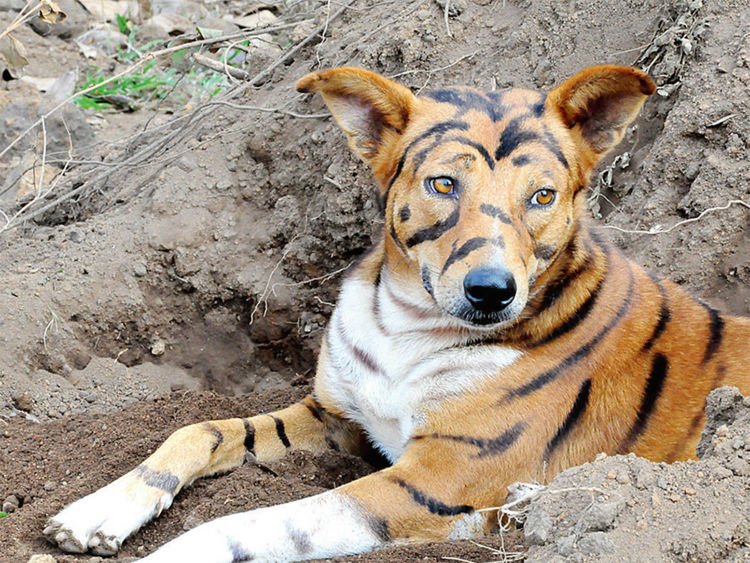 Srikant Gowda, a farmer from Karnataka’s Shivamogga region, recently made the news after it was reported that he used hair dye to paint his watchdog in the characteristic stripes of a tiger in the hopes that the disguise would help the dog drive away the monkeys ravaging his crops.

The Indian farmer told reporters that he got the idea four years ago when he visited Uttara Kannada and encountered a farmer in Bhatkal who was using a fake tiger doll to scare away monkeys. It seemed silly, but he tried himself and was surprised to see that it actually worked. However, he was convinced that the toy tiger wouldn’t fool the monkeys for long, so he decided to try something else as well. 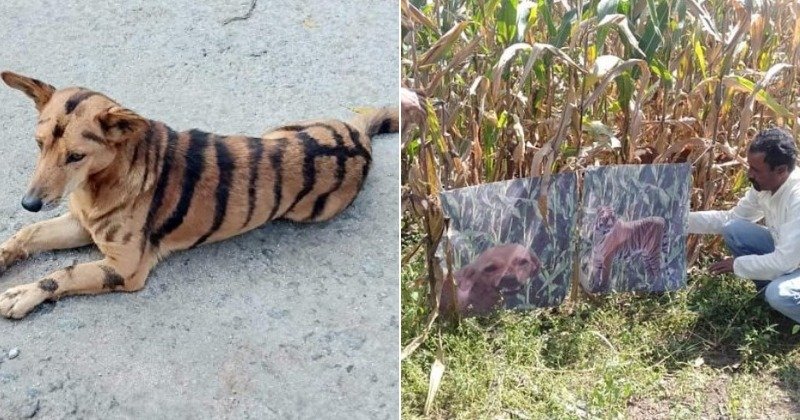 This year Gowda not only used hair dye to make his watchdog look like a small tiger, but he also placed large posters of real tigers and his own fake tiger all over his farmland, hoping that they would keep the monkeys at bay. 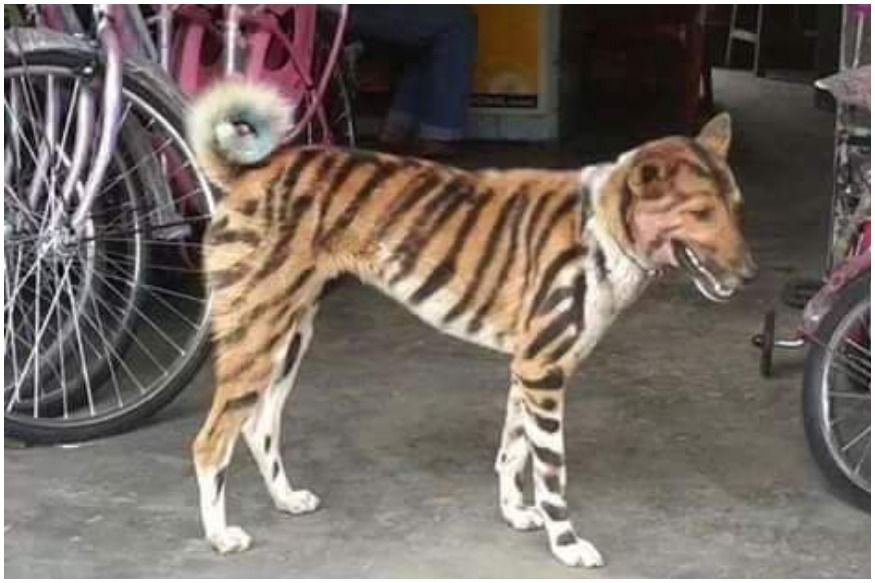 Srikant Gowda’s ruse was so successful that it inspired other Indian farmers to follow suit.

Iyene - February 17, 2017
0
So I leave everything I am doing to attend this job interview. It is for 9 but I can't underestimate Lagos traffic so I get...
%d bloggers like this: