On our radar today is the shocking story of the 8 year old child bride who got married to a 40 year old man, is reported to have died on her wedding night from internal bleeding which was caused by intercourse.

“On the wedding night and after intercourse, she suffered from bleeding and uterine rupture which caused her death,they took her to a clinic but the medics couldn’t save her life.”

A security official in the provincial town of Haradh denied any such incident had taken place. He did not want to be identified because he was not authorised to speak to the press. 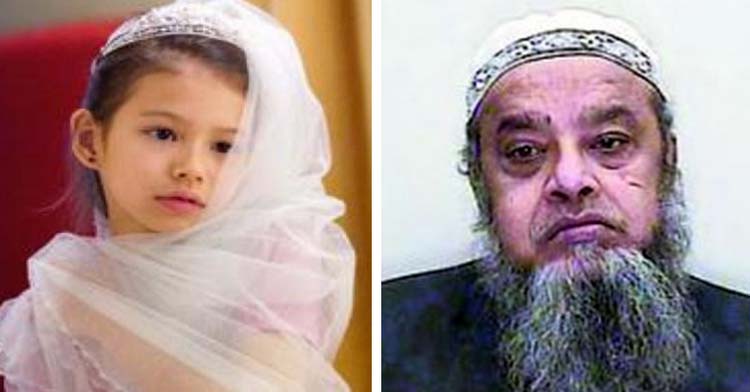 But two Meedi residents contacted by Reuters confirmed the incident and said tribal chiefs had tried to cover up the incident when the news broke, warning a local journalist against covering the story. Haradh is a small village in Al- Hasa in Saudi Arabia. Haradh is famous for its oil-rich, gas-rich fields and it Islamic laws which encourage child bride.

Authorities had not taken any action against the girl’s family or her husband.

What a sad, sad story.

2023 Elections And The Unending Loop Of Conspiracies

[OPINION]: Ngige’s Sermon On The Mount- By Femi Adesina

Must Read!! The Fulani Question In Nigeria

ALERT: Another Deadly Virus Surfaces In West Africa Amid COVID-19 Pandemic, WHO Confirms

Couple Set To Welcome A Child After 25 Years Of Marriage

#ZabarmariMassacre: 110 Were Killed In Boko Haram Attack On Farmers , Not 43 – United Nations Insists

Iyene - March 24, 2020
0
Hello! I am Mercy Iyene Etim and this is My Blog.
Contact us: info@iyeneunwired.com
© Iyeneunwired.com designed by Digitaldesign247
MORE STORIES

Iyene - June 1, 2020
0
Several Nigerians have questioned God's existence and power as they wonder why He has not intervened for Nigeria as the country convulses in palpable corruption, oppression, killings and several other ills like rape. Hence the  #DraggingGod trend
%d bloggers like this: